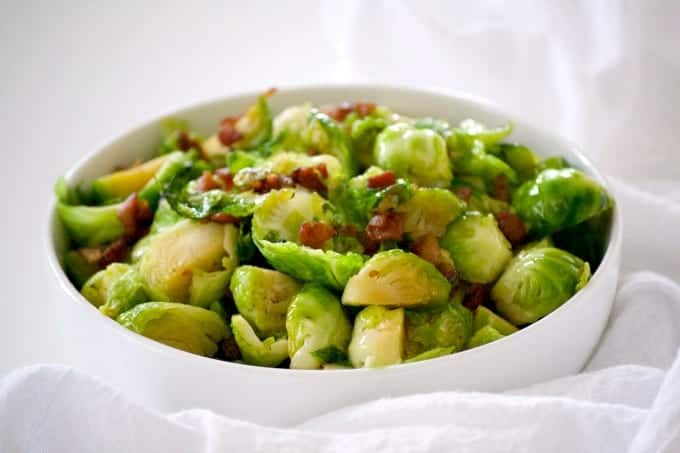 Maple Bacon Brussels Sprouts – Brussels sprouts cooked in a skillet with bacon, some brown sugar, and maple syrup. This is a great side dish to serve with any dinner and will convert your Brussels sprouts hater. 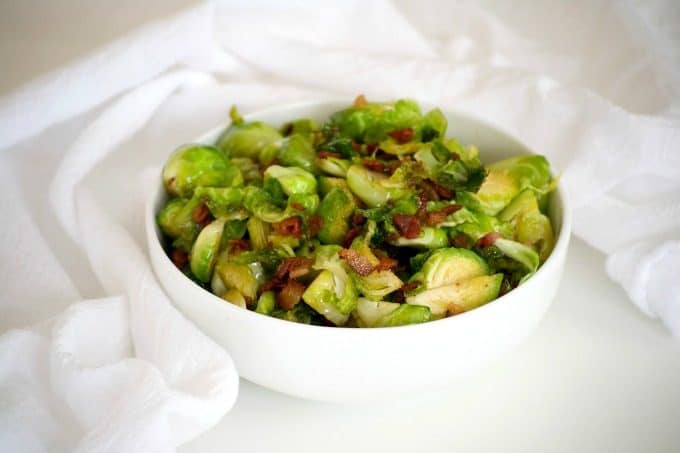 You know, up until March of this year, I had never tasted a Brussels sprout.

I was nervous to, too! I don’t know why I think it’s probably because they look like they’re healthy and aren’t going to taste that great. Face it, they’re vegetable balls. Who wants to eat a ball made of a vegetable? Not me. 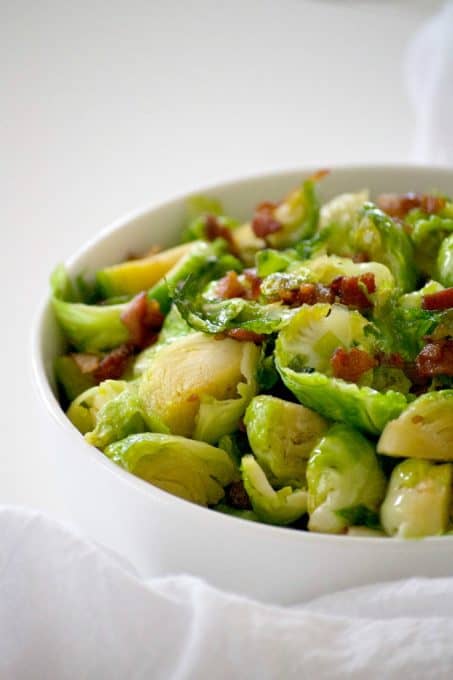 I was at our Bake N’ Blog retreat in Myrtle Beach which Dixie Crystals (a sugar company) so kindly sponsored. One of the recipes we made (actually, I made them) were their Brown Sugar Bacon Brussels Sprouts with Candied Walnuts. Oh, my goodness!

I made them when I returned home for my family and Kurt was like, “Whoa!! What are these things”?? I guess he liked them. 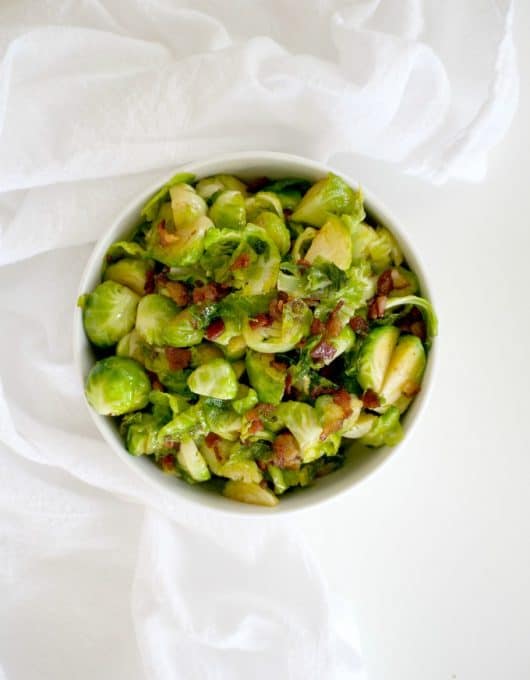 Who knew that these little green things would come into our lives and create such a frenzy. Not me!
So, I tweaked the Dixie Crystals recipe to give you these Maple Bacon Brussels Sprouts. I like them just as much and the recipe is without the walnuts.
I hope you like them as well.

I think we’ll be serving them at Thanksgiving because I want to see how many more Brussels Sprout lovers I can make in this world. 😉 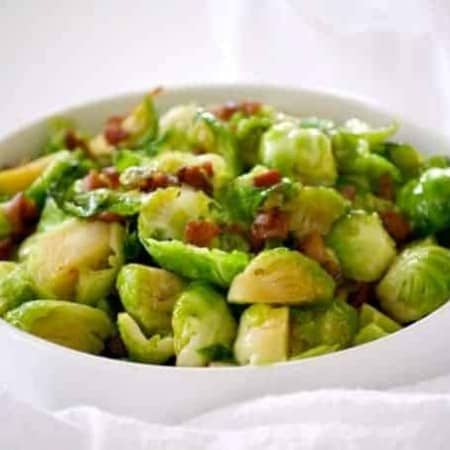 These Maple Bacon Brussels Sprouts are Brussels sprouts cooked in a skillet with bacon, some brown sugar and maple syrup. This is a great side dish to serve with any dinner and will convert your Brussels sprouts hater.
No ratings yet
Print Pin Rate
Author: Lynne Feifer

If you liked these Maple Bacon Brussels Sprouts, then you’ll probably enjoy… 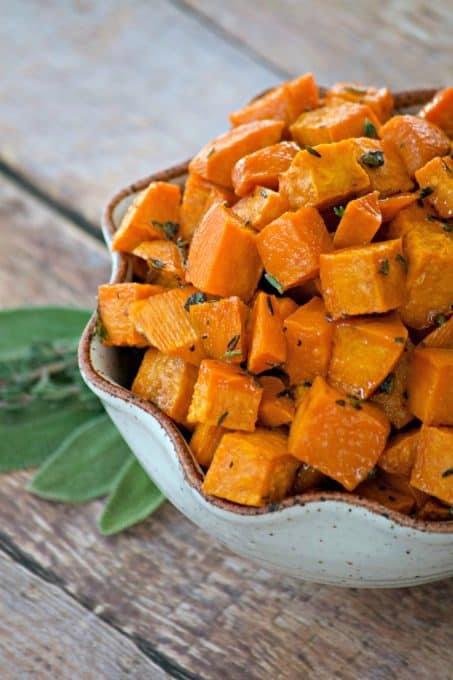 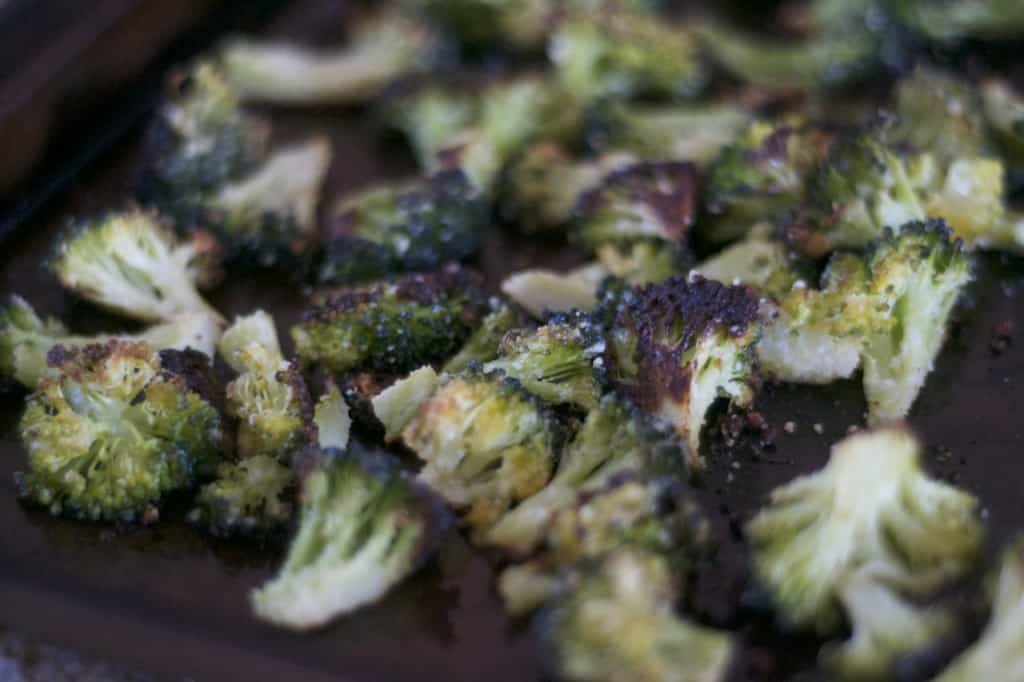 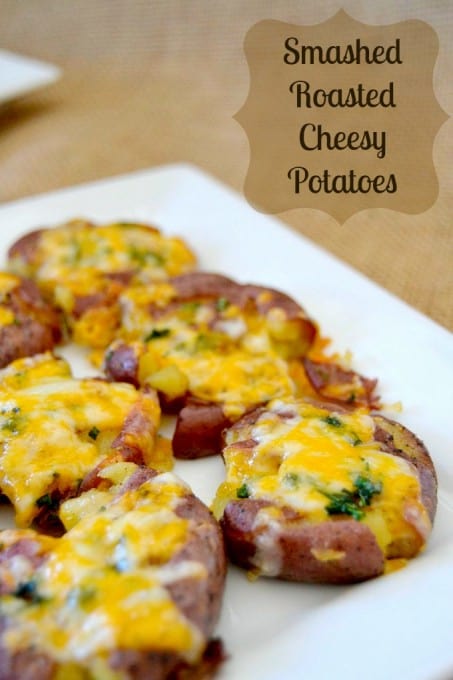 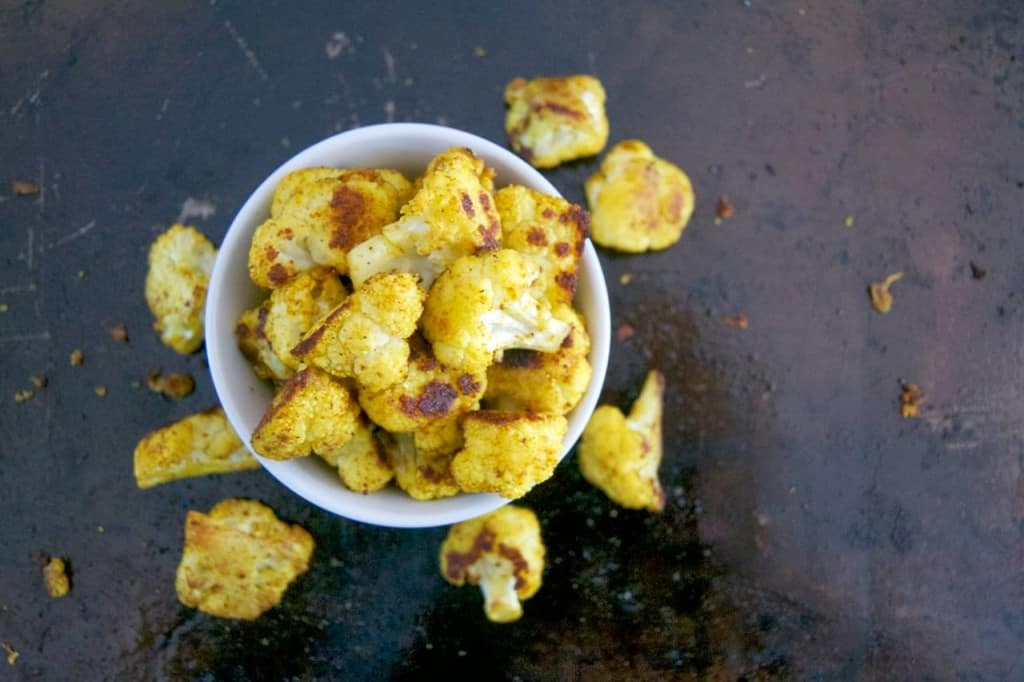 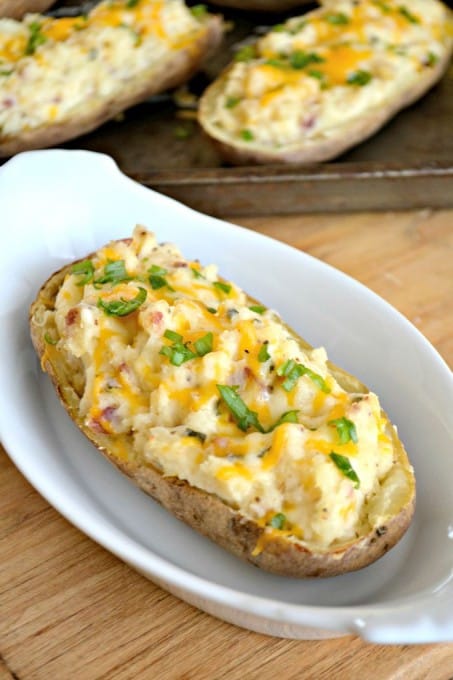 Here’s another great recipe for Brussels Sprouts, too!