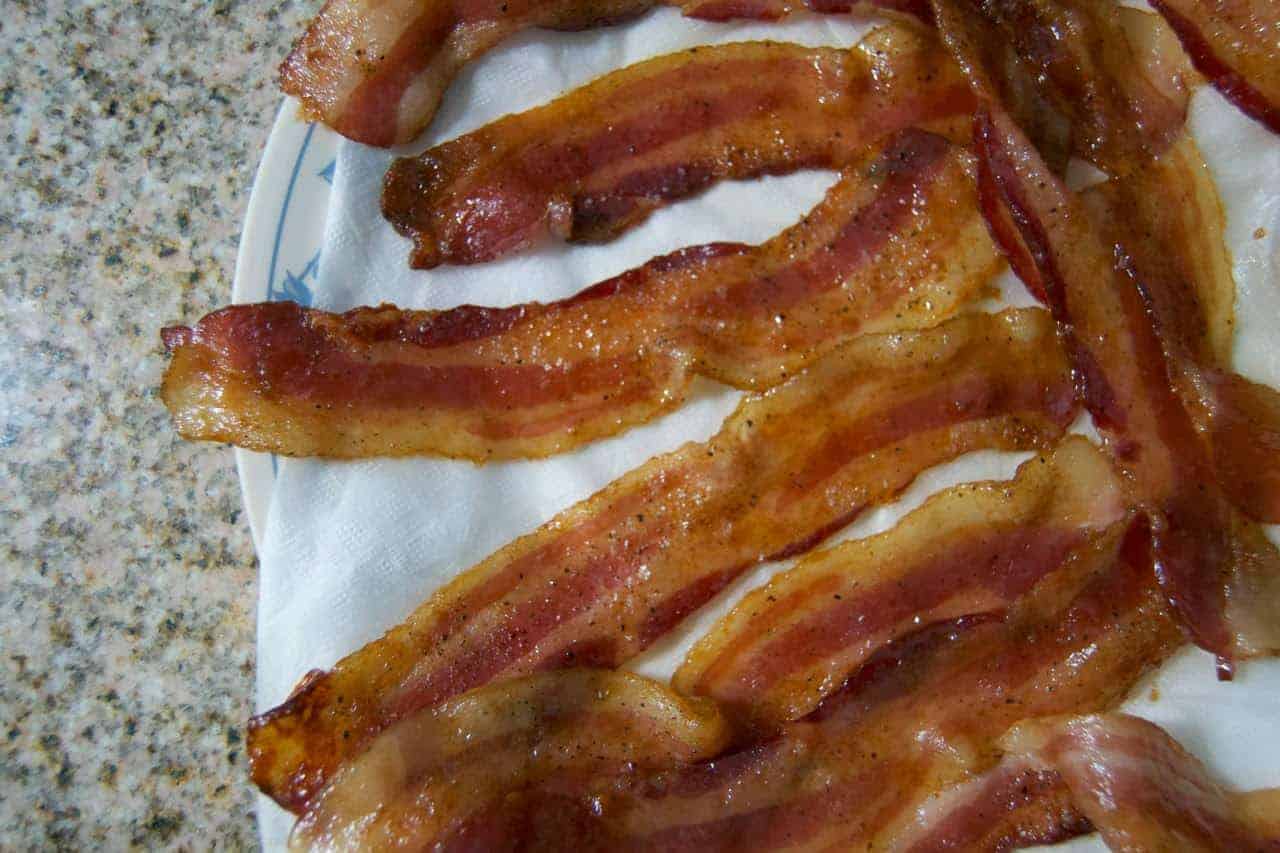 Cajun Sugared Bacon – bacon baked in the oven sprinkled with brown sugar and a touch of Cajun spice to give it a sweet and spicy kick. 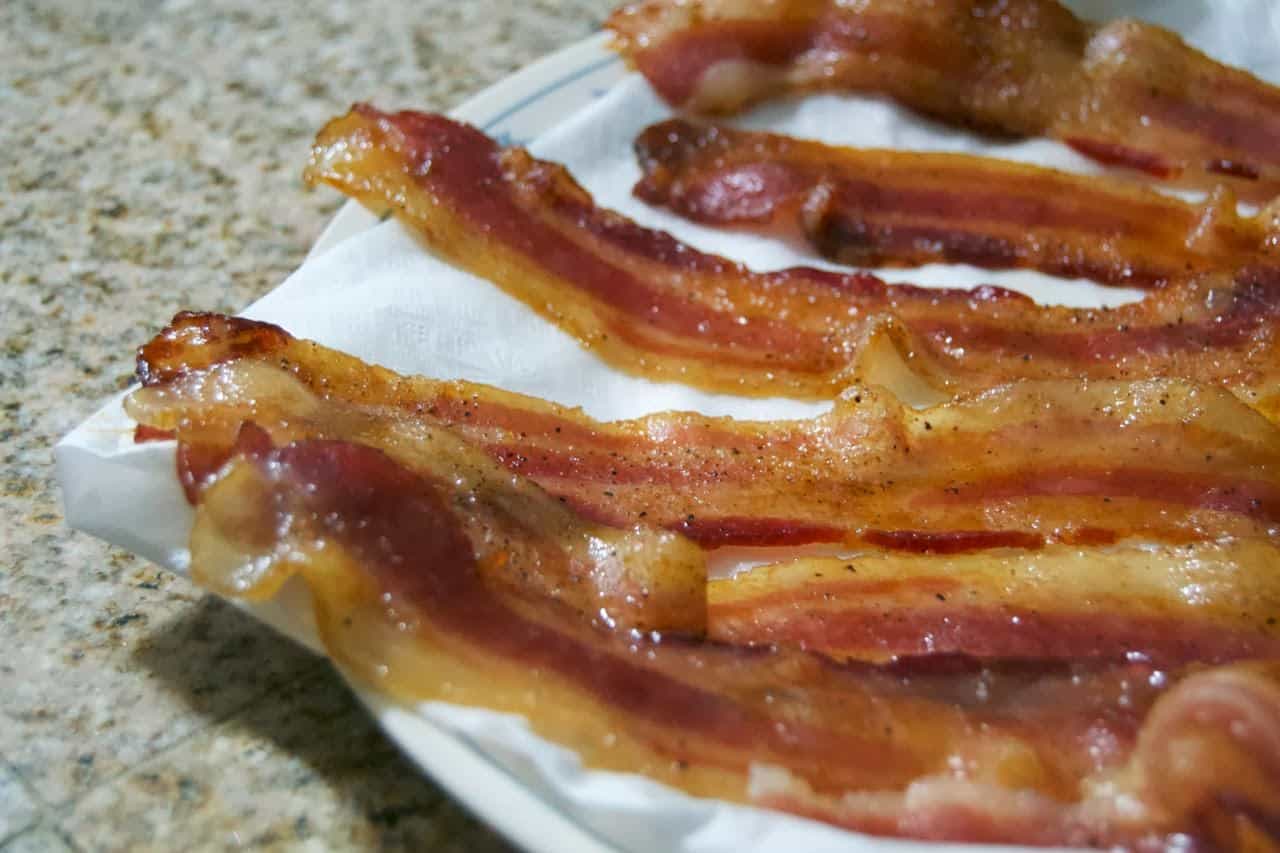 SAVE THIS BACON RECIPE TO YOUR FAVORITE PINTEREST BOARD!

Day 15 and I’m still not feeling well, but I baked something easy, and everyone loves bacon! I mean, have you ever met a person who doesn’t besides a vegetarian, of course? Alright, so today’s post is short and to the point, because I’m going to bed after this and I’m wiped.

*If they both should not fit on the center rack, place them on separate shelves, but watch them carefully as baking times may be different. Watch it carefully when it approaches the 17-minute mark, you want the bacon to be a golden crisp, but not too crisp.

I adapted this from About.com. 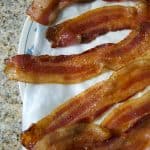 I rate everything I bake on a scale of 1-4 with 4 being the best and this Cajun Sugared Bacon earned 3 rolling pins. It was tasty with just the right touch of spice and sugar. I only wish it had been just a touch crispier. I don’t like underdone chewy bacon. A few more minutes in the oven would have done it, I just didn’t want to burn it.

There’s a fine line between crisp and burnt when it’s baked in the oven. But it’s good, darn good. And you’re less likely to get burned by spattering grease when you cook it stovetop in a skillet.