Sustainable farming incorporates good farming practices, improved technology and good stewardship to improve and increase crop production while being more cost efficient, and preserving the land for the future. Sustainability is essential not only for today’s society, but for generations to come.

Farmers have a deep passion and commitment for what they do.
They know that their sustainability and profitability is determined by the crops they grow, and the animals they raise.

I am proud to be partnering with the United Soybean Board and BestFoodFacts.org to bring you today’s post about sustainable farming.

I encourage you to visit Best Food Facts to read more about sustainable farming, sustainability, farming practices, the technology being used, and other interesting information about the food you eat and where it comes from!

One of the things I love most about what I do is meeting people and hearing their stories.
I’ve been very fortunate to visit and tour pig farms in Iowa, Michigan, and South Dakota.
I’ve been to a micro farm in Arizona, a corn farm in Iowa, and a soybean farm in Maryland.
I’ve also had the pleasure of talking to doctors and scientists while doing a video series about CRISPR for Best Food Facts.

Yet, no matter where I go and whom I speak to, I am always humbled by each person’s passion and desire to make the world a better place. 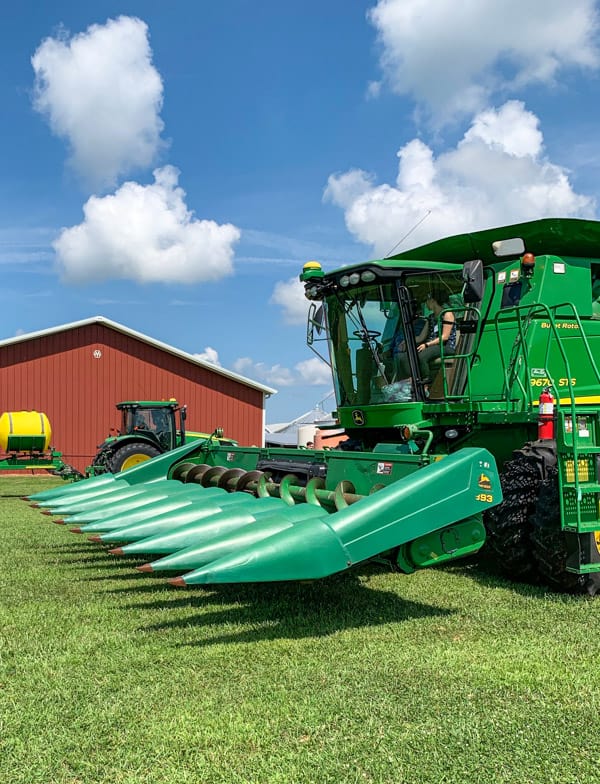 Recently via Zoom, I had the opportunity to speak with two soybean farmers in Iowa, Brent Renner, and Dave Walton on farming sustainability.
Also on the call were Janet Helms, Global Sustainability Developer of the Inter IKEA Group, and Shannon Tolliver, Social Responsibility and Environmental Sustainability Manager for White Castle System, Inc.

It was wonderful to hear what sustainability means to each of them, what they’re doing individually, and for their farms and companies.

Good farming practices, technology, and good stewardship all have their part in sustainable farming.

There are different methods farmers use when planting, growing, and harvesting crops as well as raising animals.
What works in one part of the country may not work in another region because of soil, temperature, weather, and other variables.

Many farmers across the country as well as Brent and Dave have adopted no-till farming.
This means that crops are planted into already existing crop residue without turning the soil over.
This allows the soil structure to remain intact.

Allowing the organic soil matter to improve naturally by leaving it undisturbed means that earthworms, bugs, fungi, bacteria and microorganisms can do their thing working the soil.
This helps increase water infiltration which in turn decreases soil erosion.
Decreasing the runoff also prevents pollution from entering nearby water sources.
In other words, no till allows nature to do what it does best.

Brent also uses strip-tillage.
Conventional thought was that tilling land would warm the ground and help a crop flourish when planted in the Spring.
This is no longer the case.

Brent is guided by GPS to implement a strip only 8-10 inches wide, and doesn’t interrupt the 20 inches between each strip.
Once the strip has been created, he turns the planter around and plants the seeds into it.
At the same time, fertilizer is applied on the strip at an exact rate.

Sort of kills two birds with one stone, so to speak.
Having done no-till and strip-tillage with soybeans, Brent has seen that strip tillage really helps the seeds to thrive.

Cover crops have proven to be very beneficial for both the the land and animals raised on them.
These are crops that are planted to prepare the soil for the next important crop.
They just aren’t harvested.

At Dave’s farm, cover crops can be grazed by sheep and cows which saves him from feeding them the harvested hay.
After the grazed cover crop is eaten, it’s naturally turned into meat, wool, and milk.

Thus the cycle of continually recycling nutrients and finding a way to benefit from it.
Sustainability at its’ best right there!

On his farm, Brent is able to use a camera mounted high up on his Hagie which is a tall crop applicator. It can drive through tall corn and apply fertilizers, herbicides, and/or insecticides through spray without running over the crop.
This camera has the ability to take a picture of the crop 60 ft. ahead, and in real time is able to “talk” to his monitor. By doing this, it helps him to regulate the amount of product he uses in order to fine tune the application process.

With this ability in the future, people will be able to identify a weed and apply herbicide directly to it as they pass over top of them instead of having to apply it to the larger area around it.
This is much better for the environment, and more cost efficient.

Farming Technology is becoming so precise that instead of managing land acre by acre, things can now be measured foot by foot.
Every year, I am amazed at the different things men and women are using on their farms to help with sustainability.

What farmers do on their land can have a direct impact both on the land, and society around them.
Therefore it is important that good farming practices are used that will enable them to improve and retain the land.

It’s important to Brent that he instill the importance of being a good steward in his immediate family and the next generation.
He wants them to understand the importance of it and that by doing so they can be profitable enough to make a living.

Dave sees himself as “a link in a chain” where on his 120 year old family farm, each generation has learned from the generation before and has done their best to improve.
His family philosophy is to “ to leave the land in better shape than the way we received it.”
He also said that because people are more concerned, farmers put great thought into what they can do with the land that they have than they ever have in the past.
They still need to maintain a profit level, but they also have a strong desire to do what’s best for society. 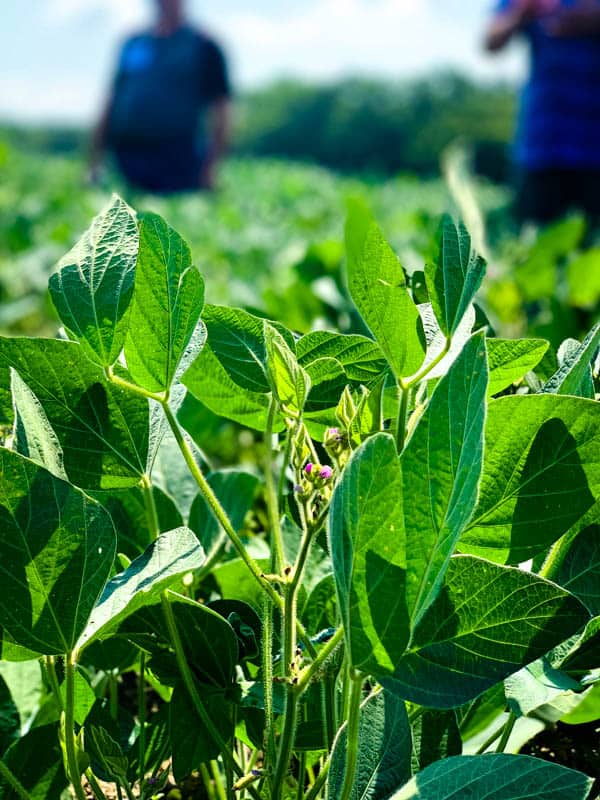 Sustainable Farming from a Company Perspective

Things we do to preserve our planet aren’t just a concern for farmers.
More and more companies are becoming involved, too.

In fact, many have hired their own sustainability managers.
I had no idea this was even a thing.
People have titles who are specifically responsible for this.
They make sure that their business is implementing the best practices, reducing carbon footprints, recycling, capturing data to track electricity usage, and improve what isn’t working, and more.

White Castle, a family-owned 100 year-old company, is creating goods and services by generating less waste and pollution with fewer resources.
They also work with their suppliers to improve each other’s sustainability.
Once a month, Shannon meets with other restaurant sustainability managers to talk about the things being done in their industry and where improvements need to take place.
She stressed the importance of everyone in the food industry being on the same page to move forward with different practices even though it can take time.

Janet believes that, “plant health, human health, animal health, wildlife health is all connected. We have an obligation to ourselves, our children, and the planet to leave this planet better than when we started.”

Ikea wants to be as efficient and effective at manufacturing as possible, so they can pass those savings on to their consumers.
They’ve adopted a people and planet positive strategy.
Working to reduce its’ carbon footprint, using a healthy and sustainable living platform, capturing food waste and sending it to a co-generation plant, as well as recycling mattresses and furniture are IKEA’s sustainable steps.

They also provide loans to their suppliers if they’d like assistance incorporating alternative energy banks such as solar panels or methane regenerators.
In Africa, the company contributes to the community surrounding the small farmers who supply its’ coffee and cocoa, so that there will be growth and development.

It is important to Brent, Dave, Janet, and Shannon that we keep moving forward in our discussions on sustainability and the things we can do to make the planet better for future generations.
The lines of communication need to be kept open in the supply chain between end-users, suppliers and  producers.
I think Shannon said it best, “It takes a village to make everything work, from farming, from recycling to sustainable sourcing. It’s humbling that I can’t change one thing, but if I work with a group of people to work together to move toward a goal then we can make it happen. It may take some time…(but it will happen).”

I want to thank each of them for taking the time out of their busy days to provide me with more insight, and also to the United Soybean Board and Best Food Facts for making it possible.