JELL-O Valentine Hearts – a sweet three-layered gelatin dessert that will be fun for the sweetheart(s) in your life! 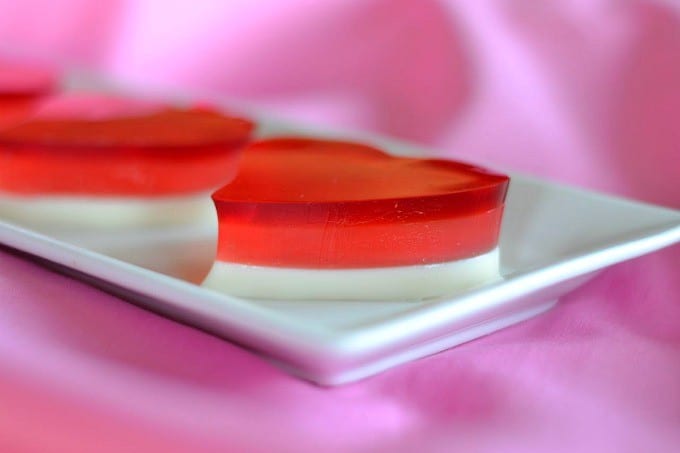 Can you believe Saturday is Valentine’s Day??

Seriously.
This year is F-L-Y-I-N-G.
How many more shopping days do we have until Christmas?
Kidding. 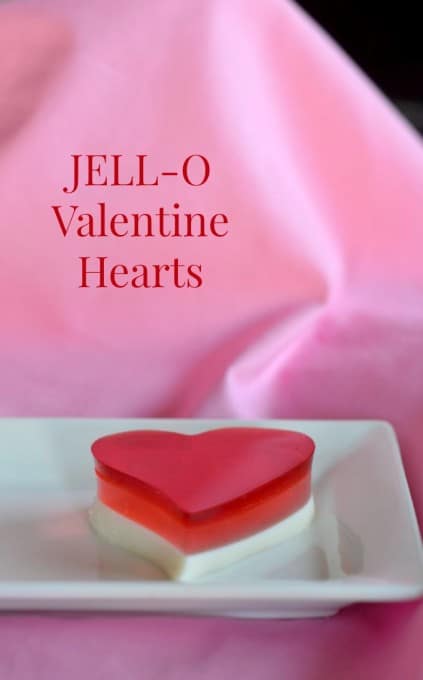 Easter’s just around the corner, too. I keep seeing those Reese’s Peanut Butter and Cadbury Creme Eggs in the stores. You’ll be pleased to know that I’ve been good and haven’t purchased either of them yet. I don’t know how much longer I’ll be able to hold out though, especially on the latter. 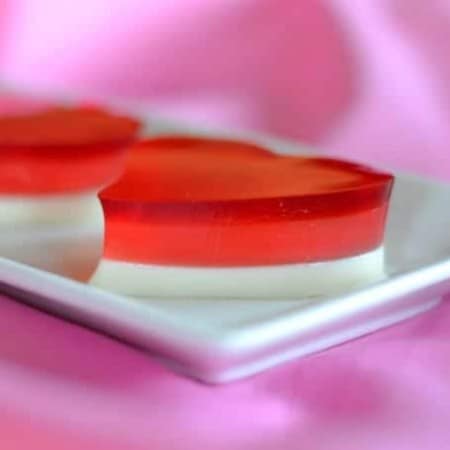 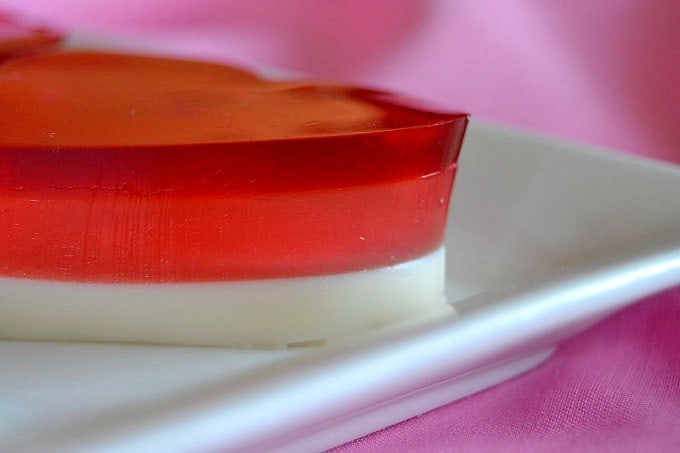 I rate everything I make on a scale of 1 -4 and these JELL-O Valentine Hearts earned 4 rolling pins!
These are going to be such a great treat on Valentine’s Day. They aren’t the typical candy or chocolate, so it’s a nice change and what kid 0r adult for that matter doesn’t like JELL-O?
They’re easy, fun and yummy.

If you want to make them with vodka, just substitute the second cup of water with either plain or flavored vodka in the watermelon and cherry layers after adding each gelatin.

If you like these Jell-O Valentine Hearts, then you’ll enjoy… 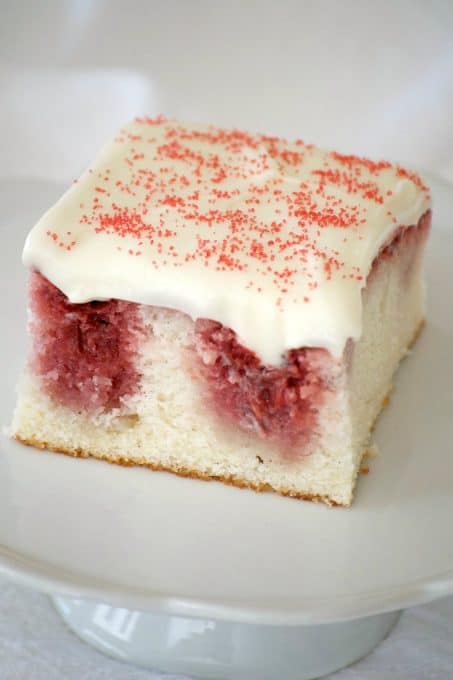 Heart Meringues with Berries and Cream 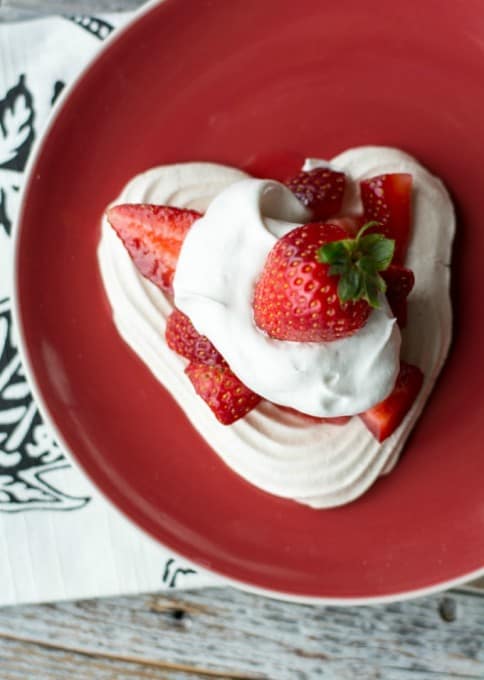