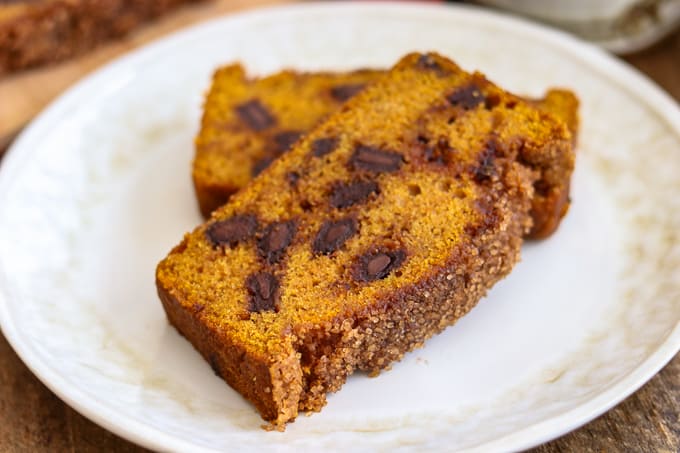 Fall is in the air with this Pumpkin Bread made even better with chunks of chocolate and a cinnamon sugar topping. Served with coffee, it’s irresistible! 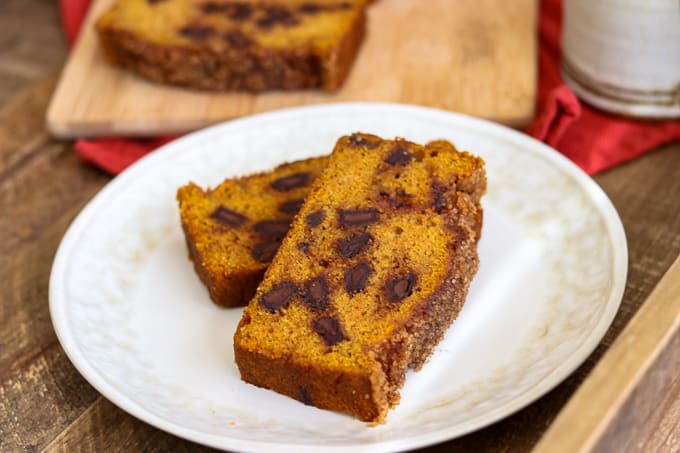 It’s that time of year for pumpkin!!!

Are you sick of it yet??

I first published this recipe back in October 2011, so seeing as how it’s been seven years since I published this Chocolate Chunk Pumpkin Bread recipe and pictures have been updated I figured it was about time.
haha

SAVE THIS CHOCOLATE CHUNK PUMPKIN BREAD TO YOUR FAVORITE PINTEREST BOARD! 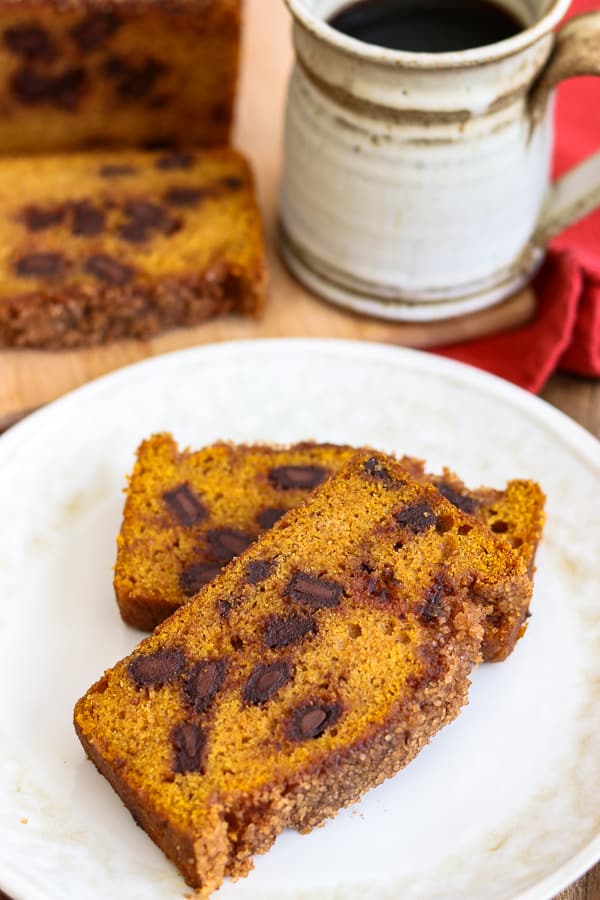 I adapted this from The Fannie Farmer Cookbook, Thirteenth Edition, similar to this one.

SIGN UP FOR THE 365 DAYS OF BAKING & MORE
NEWSLETTER!

JOIN THE
365 DAYS OF BAKING AND MORE
FACEBOOK GROUP TO RECEIVE ADVANCE NOTICE
OF MY LIVE FB VIDEOS, SHARE RECIPES AND MORE! 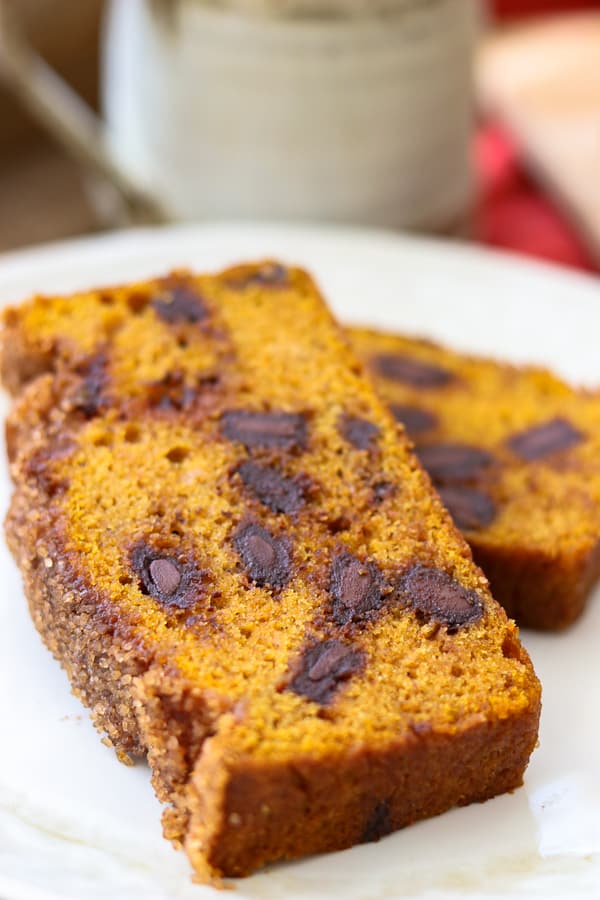 Since it’s Fall, and there are so many delicious flavors this time of year, I found some really great quick breads you might want to add to your table.

This Maple Cinnamon Quick Bread from Karen at The Food Charlatan would be absolutely delicious with a cup of morning coffee! I love the idea of combining the maple with cinnamon. YUM!

I love to go apple picking in the Fall. Unfortunately here in Phoenix, our choices for doing that are extremely limited. But with a good supply of apples from the store and this Harvest Apple Bread recipe from Melissa’s Southern Style Kitchen I don’t think I’ll be missing out at all!

This Lemon Poppy Seed Bread with Cranberries from Heidi at Foodiecrush is high on my must-make list this Fall. I LOVE that she combined all of these great flavors!! GENIUS!!

While I was taking pictures of the bread. This guy was sniffing around. It’s the first time I’ve done a photo shoot while leaving him out of his crate. He actually did ok. 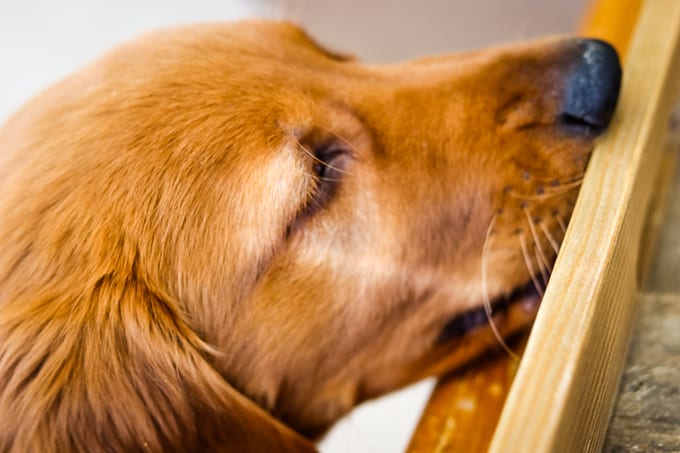 My set up wasn’t that extensive, and I had it on the table where he couldn’t reach.
I typically do them on the floor as I can get a better angle, so I’m sure that would just be asking for trouble unless I put up a fence around me. haha 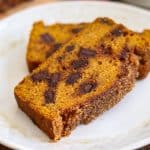 Fall is in the air with this Pumpkin Bread made even better with chunks of chocolate and a cinnamon sugar topping. Served with coffee, it's irresistible! 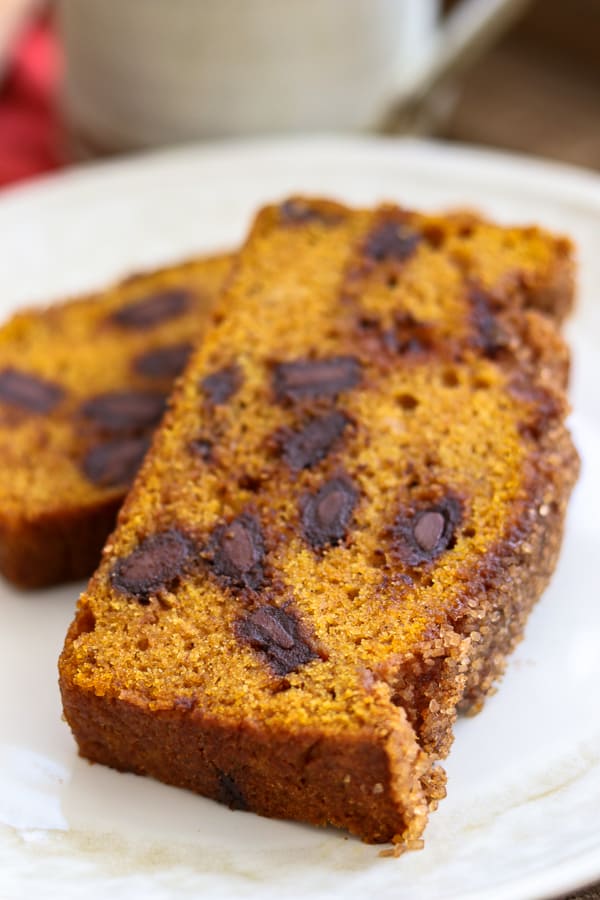 I think I’ll be keeping the pictures below just for posterity.
It’s interesting to see how the photography has improved over the years, hunh? I now actually look like I know what I’m doing!! 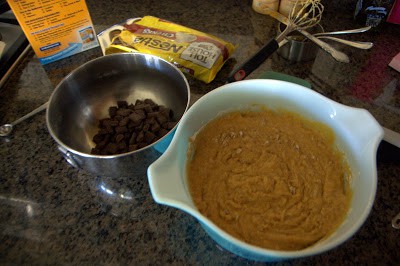 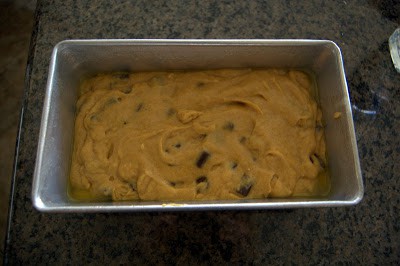 I rate everything I bake on a scale of 1-4 with 4 being the best and this Chocolate Chunk Pumpkin Bread earned 3 1/2 rolling pins.
It was delicious.
I think I may actually like this better than banana bread because of the chocolate. Although the chocolate could be added to the banana bread as well.
This is definitely our new Fall quick bread. I’ll be making this every year.

Love this Chocolate Chunk Pumpkin Bread and want more delicious pumpkin recipes? I know you do! 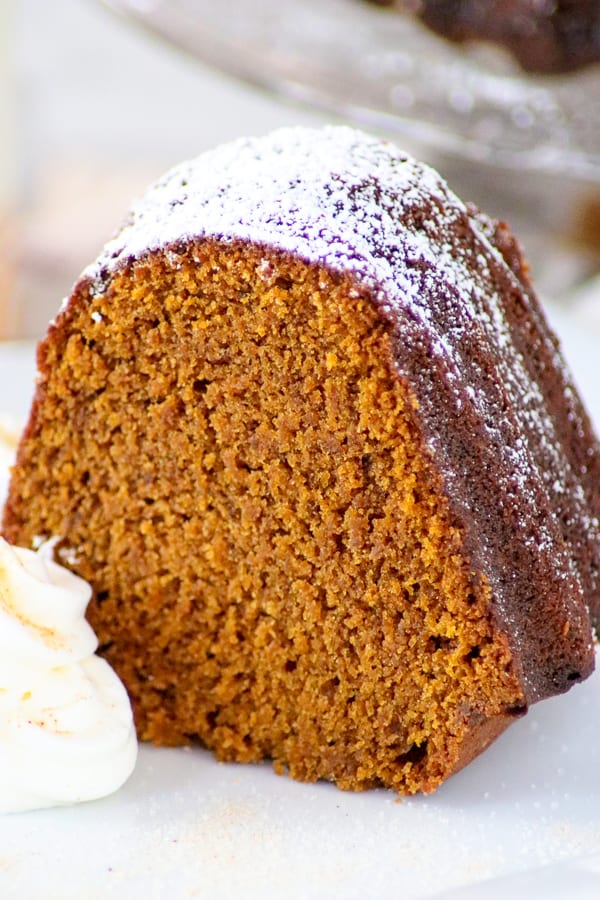 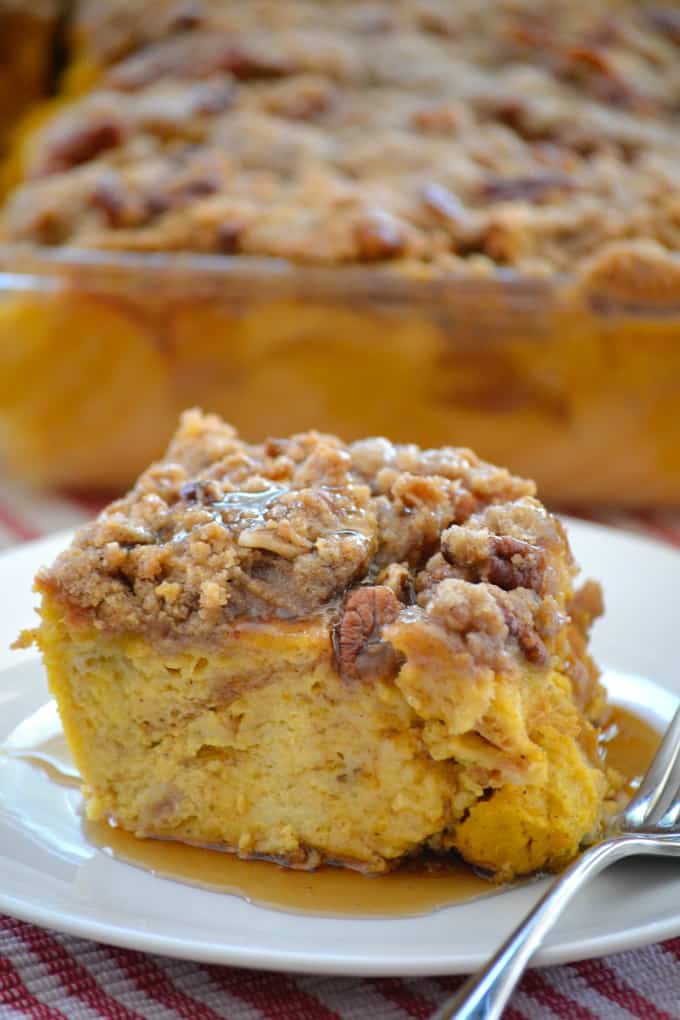 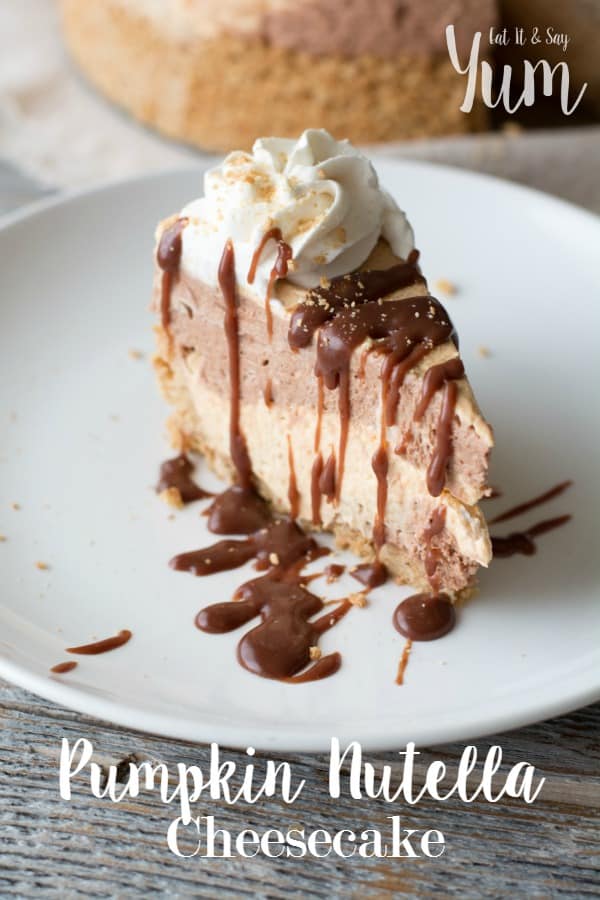 *We are a participant in the Amazon Services LLC Associates Program, an affiliate advertising program designed to provide a means for us to earn fees by linking to Amazon.com and affiliated sites.
These are links that can take you to a product (or products) that I recommend. I do receive a portion of the sales or credit for my future purchases from any items purchased through those links. Your purchases encourage my baking, cooking and butter habit, and contribute to the life of this blog. I thank you so very much for your support. Let’s keep having fun in the kitchen!!