The Best Lemon Squares – a slightly nutty crust is the base for these layered lemon bars. A layer of cream cheese blended with confectioners’ sugar and Cool Whip is sandwiched between the crust and a lemon pudding layer and then topped with the remaining Cool Whip. A “Cool” and lemony refreshing treat for those hot summer days ahead. 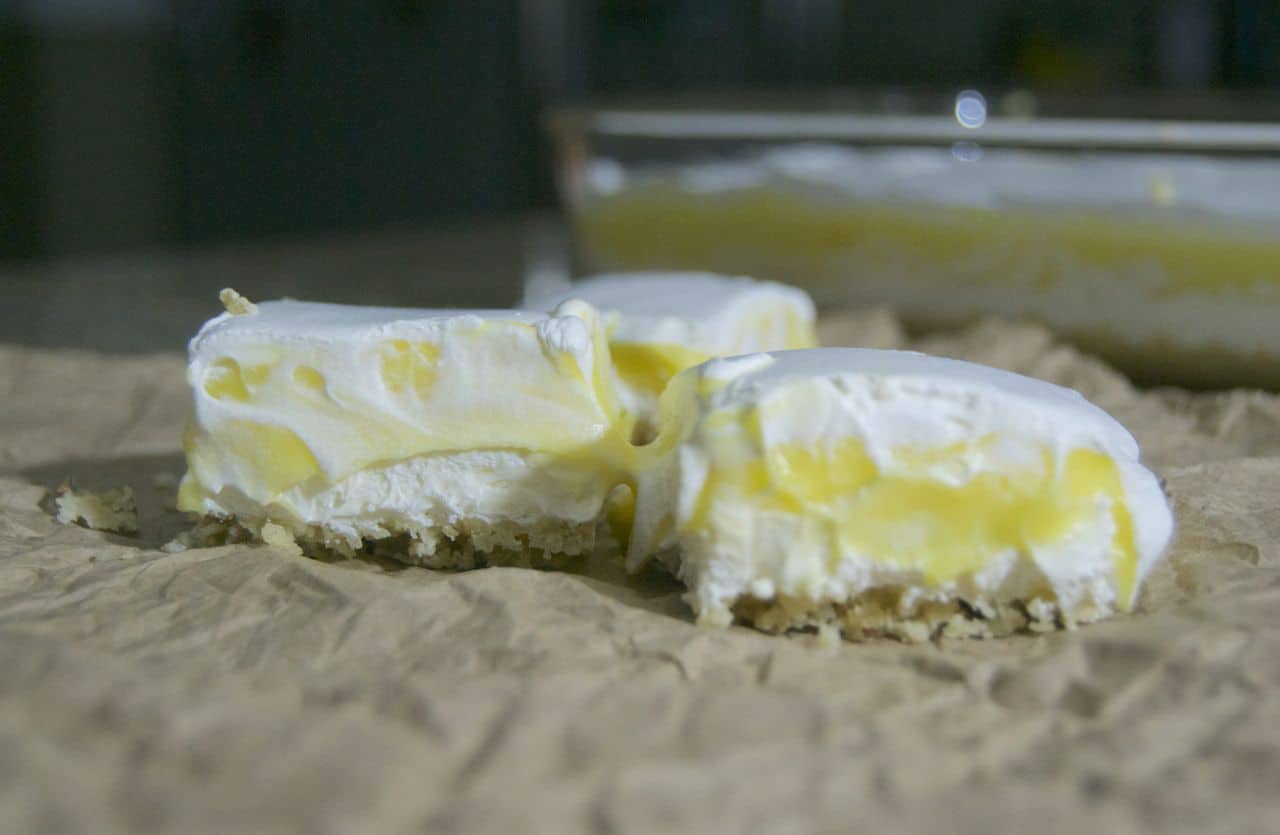 These lemon bars hold a very special place in my heart.

While going through my mother’s recipe box one day, I found the recipe card for these Lemon Squares from one of my mother’s very good friends, Cherie.

I think I seriously have ADD.
I’m trying to write this post and granted it’s 10:22 at night and I’m REALLY tired, but I keep getting sidetracked and opening other windows on my computer.

We’re all good now. The recipe is uploaded as are the pictures! 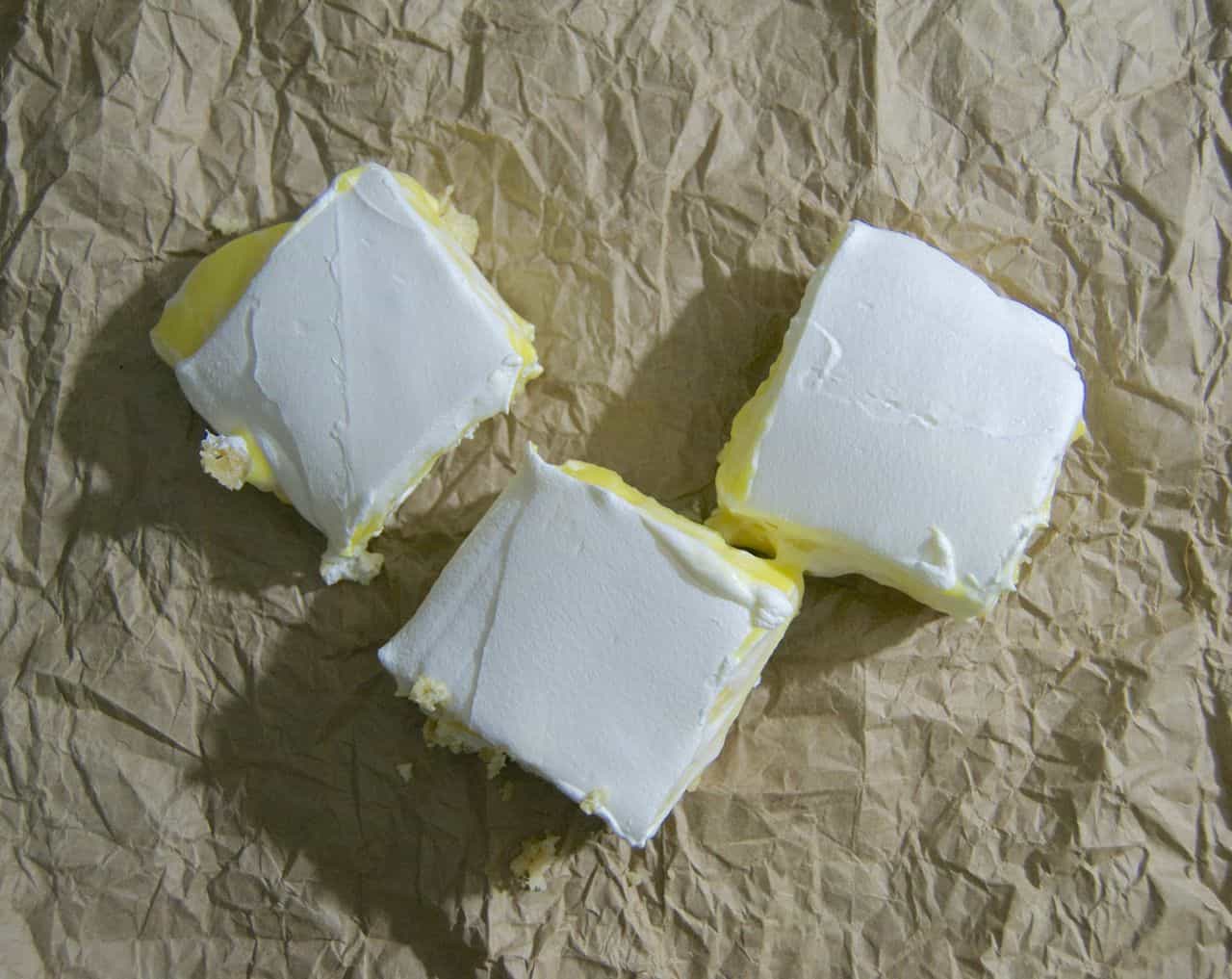 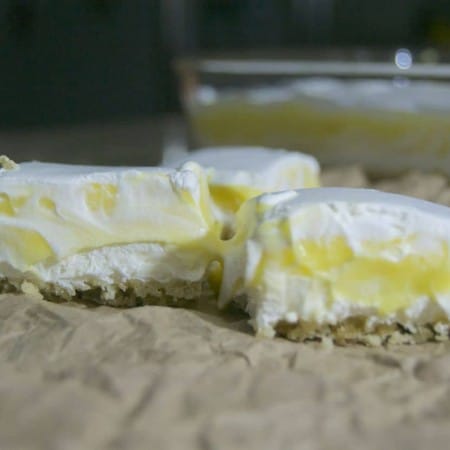 I rate everything I bake on a scale of 1 – 4 with 4 being the best and these Best Lemon Squares earned, what else…

if I’m calling them the best, by George you can bet that they earned 4 rolling pins! They’re rich and you don’t need to eat a big square to enjoy them, but MAN are they GOOD!!
Mr. 365 says there one of the best things I’ve ever made and he is SO not a dessert person. He kept saying, “mmmmmm….wow…hmmmmm….s@#t!” So, I think he liked them. hee hee