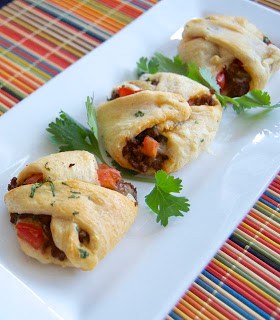 Some recipes are so good that they deserve a second look AND better pictures. This is the case with the Taco Pockets I made on Day 295 of the 365 Days of Baking. I was in a rush to go to a Christmas party and I was bringing them as an appetizer. So, if you’re one of the people bringing an appetizer it’s best to be on time if not a bit early to the party, you would think.

The pictures were shot sort of haphazardly and the instructions were good, but I’d really like to do them justice today. It’s a recipe I really think you should consider serving when you have people over for Game Day, a potluck, or are feeding a large crowd.

SAVE THESE TACO POCKETS TO YOUR FAVORITE PINTEREST BOARD! 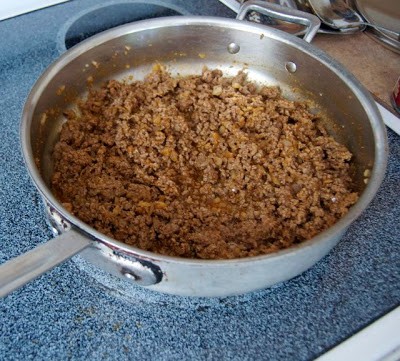 They’re a really great finger food (ok, some stuffing may fall out, but it’s nothing you can’t pick up with a fork), the recipe makes a lot AND for those big guys feeling all testosteronish wanting to show off after their team scores a touchdown, they can impress the ladies by shoving a whole one into their mouth!

Well, it’s better than one of those corny pick-up lines, isn’t it? “Did you fart, ’cause you blew me away!” Yeah, that would be a big fat no to neither, actually.

I do have to warn you that these aren’t something that can be made quickly, like when you’re in a rush to go to a Christmas party. haha Just be patient and everything will all come together.

Good things take time, ya know. Don’t worry though, they won’t take you that long to make. It’s not like it’s an all-day affair or nuthin’. I’m just strongly suggesting you don’t wait one hour before you’re planning to serve them to start the prep work.
Just sayin’. 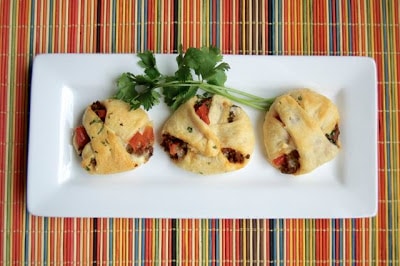 And still some pictures are nearly as bad as the first post. :-/ Well, A for effort, I suppose, right? 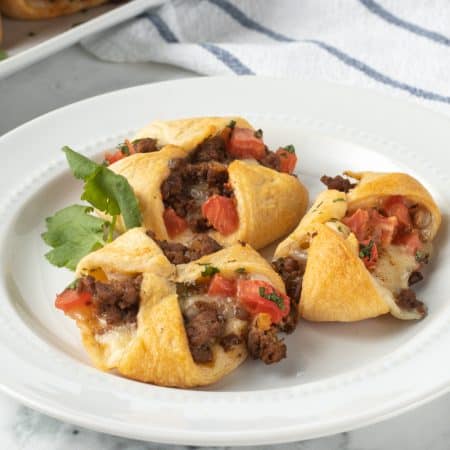 Course Appetizer
Cuisine American
Prep Time 20 minutes
Cook Time 25 minutes
Total Time 45 minutes
Print
Pin
Rate
Save Saved!
32 pockets
Combine premade crescent rolls and a filling made from scratch to get deliciously savory Taco Pockets! They make the perfect appetizer for Game Day, a potluck, or when you're feeding a large crowd! Serve with sour cream or Greek yogurt for the perfect bite!
Prevent your screen from going dark

You need to make sure your fingers are not wet when wrapping otherwise the dough won't stick together. I found it easiest to push the filling down, trying to tuck it in as I gathered the corners together. They don't have to look perfect, but you do want to make sure that all three corners are joined together or they will open up when baking.
Store leftover taco pockets in an airtight container in the refrigerator for up to four days. Or, freeze leftovers and reheat in the microwave for a quick weekday lunch! 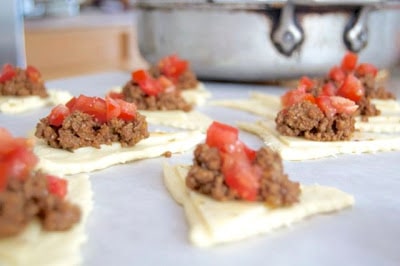 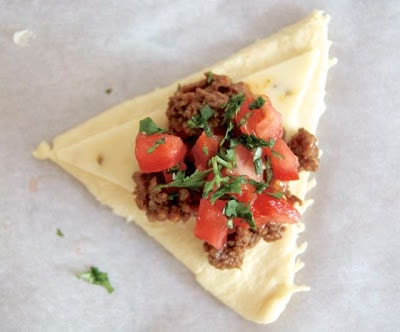 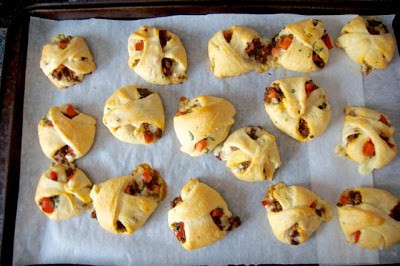 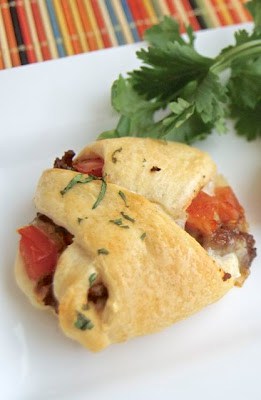 I rate everything I make on a scale of 1-4 with 4 being the best and these Taco Pockets earned 3 1/2 rolling pins.
Even though they aren’t the best things in the world for us considering they aren’t completely made from scratch,
I really do like making meals with crescent rolls. I like the taste, I like that they’re easy to use, and they’re fun when using them in recipes. So, shoot me. I know, I am a big proponent of making things from scratch and not eating stuff that’s processed, but sometimes I do make that exception.
Just know that there are options out there. And yes, you could make your own dough for these, but I didn’t want to.

Find out how to make THE best tacos by using these ingredients!