Give your pup the medication he/she needs with your own Homemade Dog Pill Pockets. They’re made with three ingredients, are dairy and flour free, AND you’ll be saving money! 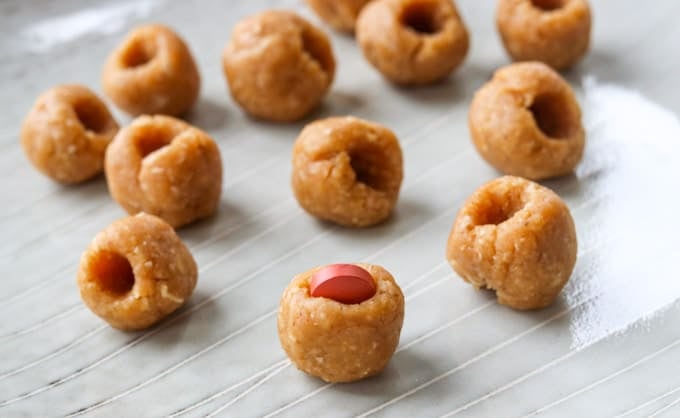 Your pup will see these DIY Pill Pockets as a treat and you’ll have peace of mind that he’s taking his meds!

PLEASE make sure you’re using a peanut butter that DOES NOT contain Xylitol as it can be fatal.

As we’ve never had an issue feeding these Homemade Pill Pockets to our pups, I encourage you to do your own research and make your own call.

A few years ago, I worked as an office manager in a busy vet clinic and I was amazed, to say the very least that so many animals were on medications. I had absolutely NO idea that cats and dogs could have just as many health issues as humans.

I really think that sometimes I live under a rock or maybe I’m just too naive. Or both.

Though our current dog, Logan doesn’t take any medications, he was the perfect model for the picture below.
I removed the pill and he enjoyed the empty pocket as a treat.

SAVE THIS DIY PILL POCKET RECIPE TO YOUR FAVORITE PINTEREST BOARD! 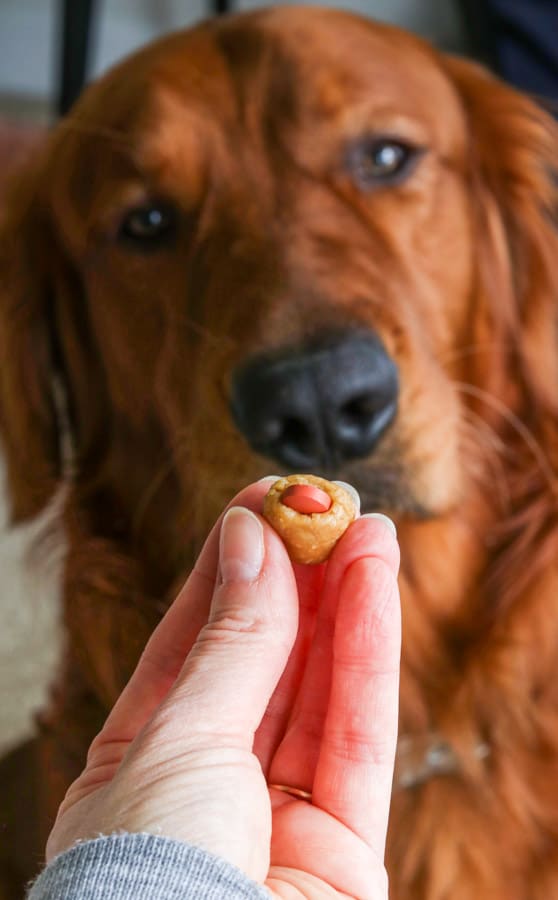 *NOTE:
I previously made this recipe with milk and flour, but have changed it so that these “treats” are better for them.

There have been concerns about the ingestion of raw flour for humans as well as dogs, so I have removed that ingredient and replaced it with ground quick oats.

Also, your furry friend may have an aversion to dairy. I’ve replaced the milk with water.

Below were our first babies, Brady and Keiser.
They really were the best of friends and had such a great time together. 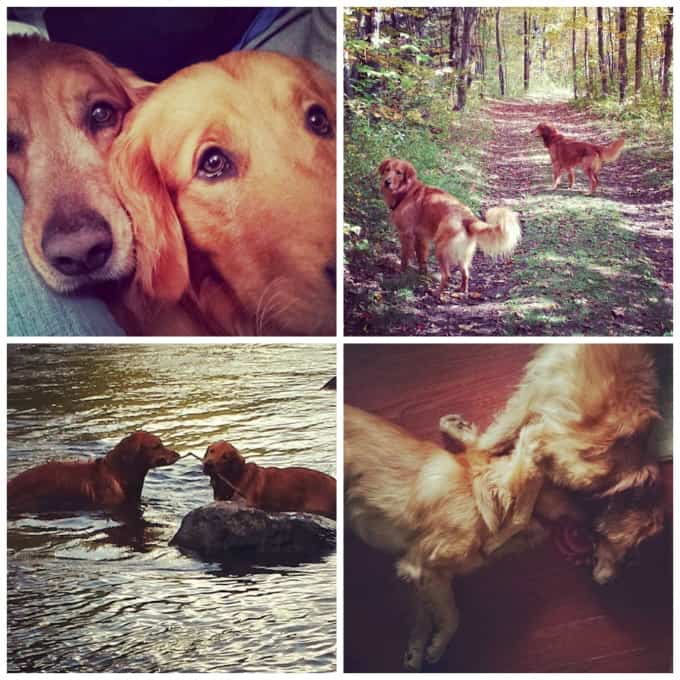 We taught Brady, the older one, a lot of tricks and he was extremely obedient.
He was so obedient that one night after the family was outside with neighbors, we came into the house when I later realized he was nowhere to be found.
I opened the front door to call for him and there he was, just sitting there wagging his tail waiting to be let it.

The younger one, Keiser, belonged to our daughter and lived with us while she was away at college.

He looks innocent and wide-eyed, but he was the mischievous one.
Once he even wrestled with a porcupine. He lost that bout.
We pulled 169 quills out of him that night. 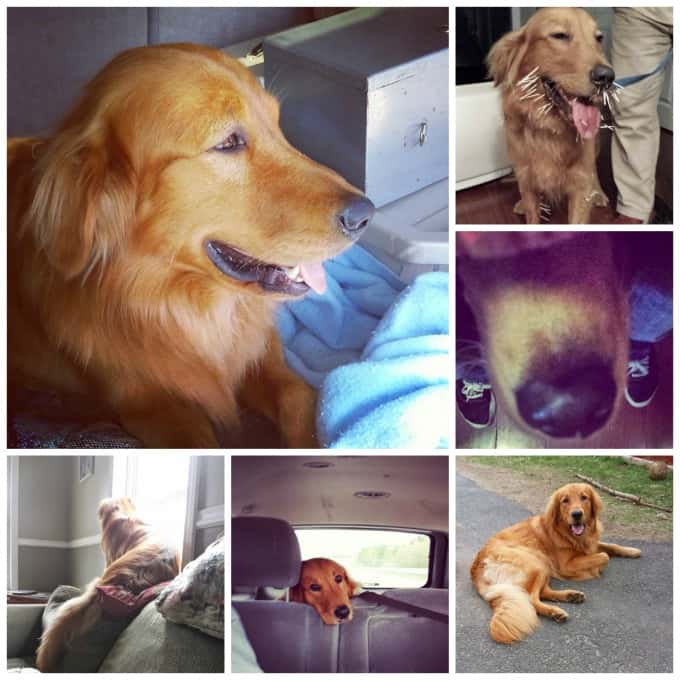 This guy pictured above was on meds. He needed a pill three times a day, every day for seizures he was having.

When I first purchased pill pockets, I thought they were one of the greatest things invented. The dog needs a pill? Hide it in the pocket, smush the thing shut and voila!

Dog eats pill, but thinks he’s getting a treat! Score! It seemed like a win for all of us. My dog was happy and I was content knowing he was getting the medicine he needs to stay healthy.

Then reality set in.

As if spending money on medication for dogs isn’t enough, you need to purchase something to disguise the pill because they most certainly aren’t going to swallow the thing on it’s own as we humans do.

You know what that means? 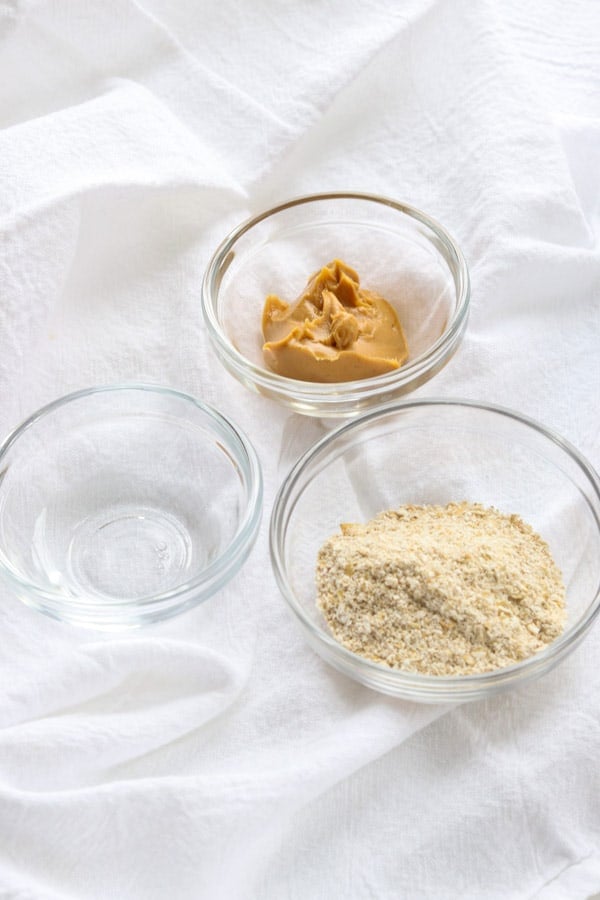 This medication for dogs thing can take a toll on your pocketbook.
As much as we all  love our pets and would most likely do anything for them, they can be pricey.

Some people have success just wrapping a pill in a piece of bread or other food, but Keiser had grown used to these pill pockets! I wanted him to keep having the treats he enjoyed so much.

I’ve made my fair share of homemade dog treats before, like these popular Peanut Butter &amp; Oatmeal Dog Biscuits and Pupcakes.

I found out that it’s actually super duper simple to make your own dog pill pockets to keep my bank account as happy as my pup.

Now I’ve discovered that I can make these wonderful things at home and the great thing is that they work just as well. You won’t believe how stinkin’ easy it is either!

What ingredients do I need to make my own copycat pill pockets?

How do I make these at home? 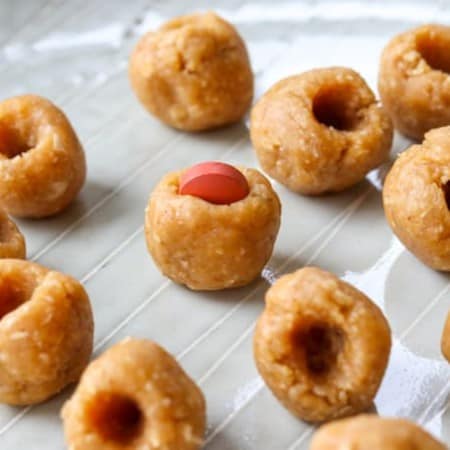 Course Treat
Cuisine American
Prep Time 10 minutes
Total Time 10 minutes
Print
Pin
Rate
Save Saved!
12 pockets
Give your pup the medication he/she needs with your own Homemade Dog Pill Pockets. They're made with three ingredients, are dairy and flour free, AND you'll be saving money!
Prevent your screen from going dark

I’ve never met a dog who doesn’t start wagging their tail like wild when their favorite person is holding a Dog Cake. These Chicken and Cheese Dog Treats are yet another hit with the canines in our house. 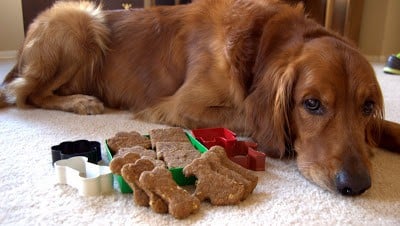