Baked Blueberry Oatmeal – rolled oats, chopped pecans, cinnamon, honey, and milk combine to make these the perfect breakfast on a chilly winter’s day. Instead of making your oatmeal stovetop, bake it! 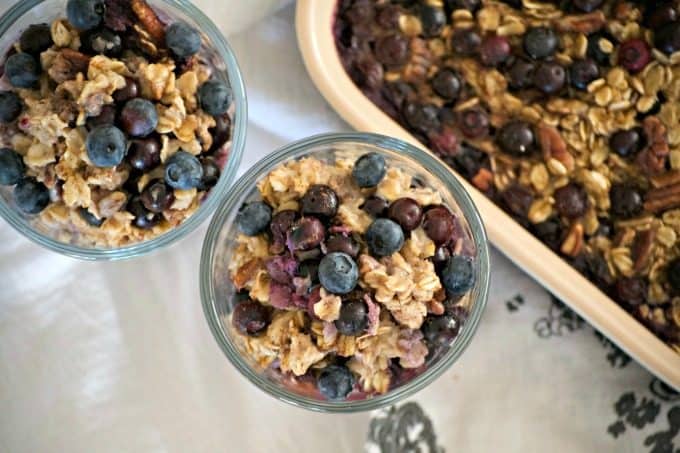 Can you stand it?? 😉 Alright, I have a confession though. Today’s recipe is a redo of one I previously posted way back in 20-aught2. I’m kidding. It really wasn’t back that far, but it was about 4 1/2 years ago when I was a fledgling blogger. hee hee

SAVE THIS BAKED OATMEAL TO YOUR FAVORITE PINTEREST BOARD! 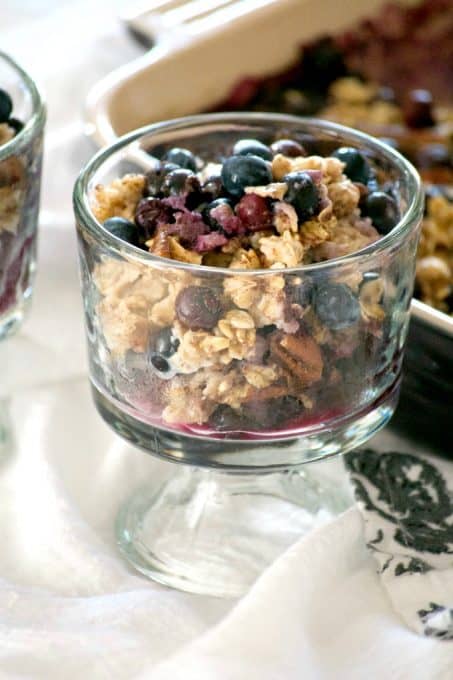 This recipe was inspired by the Inquiring Chef when I was a member of The Secret Recipe Club.
Jessica is a transplanted American now living in Bangkok, Thailand with her husband.

I’ve always been fascinated by Americans who are living in other countries and the experiences they have. To be immersed into another culture is at the same time, exhilarating and scary. I think it’s on my Bucket list, but it’s written in pencil, not pen because I’m not sure I could jump in with both feet.
But, I guess I would if I had to though.

I am forever preparing this dish stove top, so I was very interested in both the flavors Jessica used and how it would taste baked which is why I selected it. 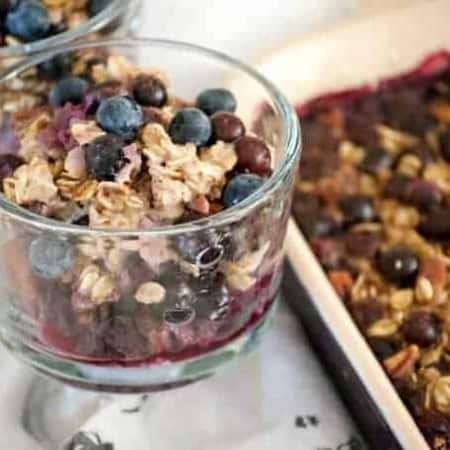 
Print
Pin
Rate
Save Saved!
This Baked Blueberry Oatmeal with oats, pecans, cinnamon, milk, honey and blueberries is the perfect for a chilly winter's day. Don't go stovetop, bake it!
Prevent your screen from going dark

Email Recipe Pin Recipe Share Recipe
Back when I did my 365 and a bit beyond, I rated everything I baked on a scale of 1-4 with 4 being the best and this Baked Blueberry Oatmeal earned 3 rolling pins.
I really liked the blueberries and the pecans in this. I don’t think I want to go back to our boring way of cooking oatmeal again.
It was just sweet enough and the blueberries were so big that they literally exploded in my mouth with flavor. They were so yummy and the nuttiness of the pecans was a great addition. The oats were not as mushy as when I make the oatmeal on top of the stove, which I liked.
I’ll definitely be making this again! There were a few changes I made to Jessica’s recipe. I substituted milk for the apple juice since that’s the only way I ever make ours, and used the 8 X 8-inch dish instead of the (sniffle) 4 oz. ramekins.

If you like this Baked Blueberry Oatmeal you’ll enjoy… 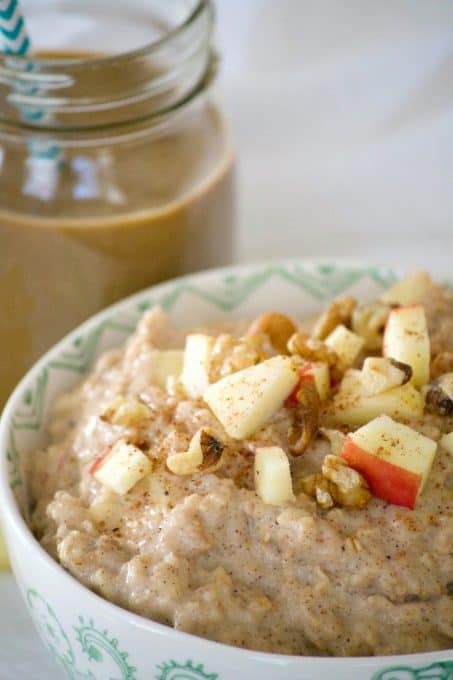 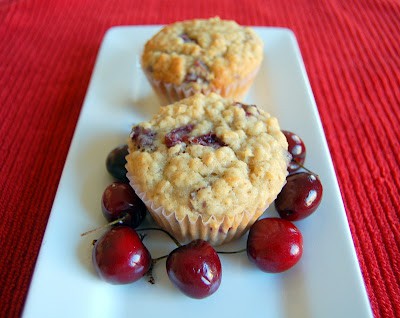 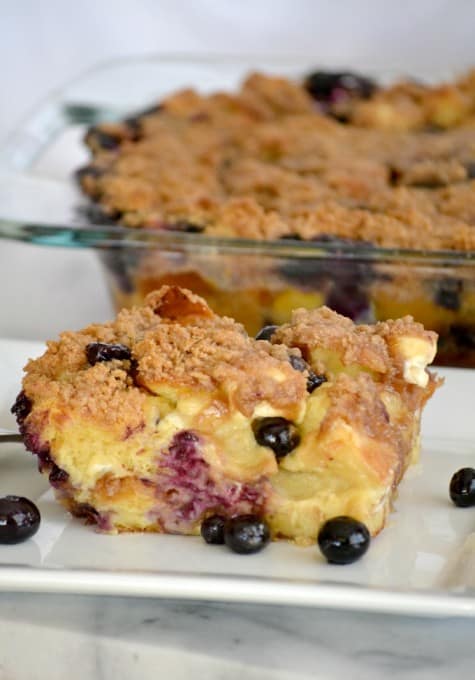 Here are some great videos with some delicious breakfast ideas!