Relive a childhood favorite with this Root Beer Cake. Enjoy a side of vanilla ice cream, and you’ll be thinking it’s an actual Root Beer Float. 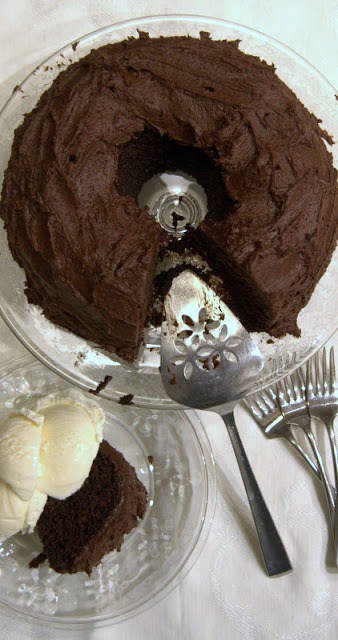 A cake that has a root beer taste to it is never going to disappoint. Just ask the family who devoured it in minutes!

I was perusing my list of blogs one day and came across this recipe for Root Beer Float Cake on the Brown Eyed Baker. I left a comment telling Michelle how much our family LOVES root beer floats and that I just had to try this. I bought the root beer a few days ago and hid it, but noticed someone had gotten into the stash and the bottles were slowly disappearing. I don’t usually buy soda, so I knew I needed to make this ASAP before it ALL disappeared.

Thank you, Michelle, for sharing this!

SAVE THIS ROOT BEER FLOAT CAKE TO YOUR FAVORITE PINTEREST BOARD! 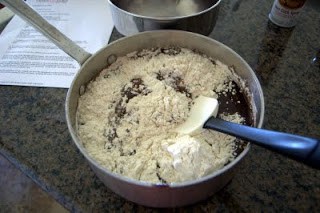 Four out of five family members went to the Arizona Diamondbacks baseball game tonight. They were playing the Florida Marlins. It was fun, and of course, the weather here in sunny AZ was beautiful today, so they opened the retractable roof of the dome. It was 92º outside and I was sitting there watching the game with… goosebumps! We must have been sitting under an air conditioning vent because I was quite CHILLY!

Here are some tips and tricks for making the root beer cake a dessert to remember! 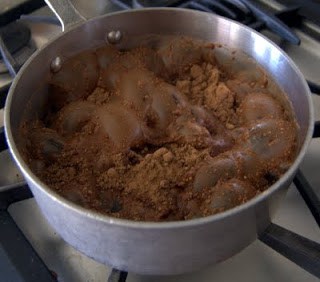 Eventually, I did warm up – just in time for my husband to decide it was time to go  “Let’s go, so we can beat the crowd.” He does that a lot, I’m noticing. He wants to eat before the big crowds get to whatever restaurant we’re going to, leave before the big crowds leave wherever we are… Good grief, we’re only in our early – mid-forties for cryin’ out loud! What the heck is he going to be like when we’re in our 60’s?

Are we going to be at Denny’s eating right at 4 o’clock in the afternoon, just so we don’t have to deal with anybody??!! Oy vey! I absolutely love growing old with this man, but seriously? Is this just the beginning of what I have to look forward to when we’re in our old age? We’ll be sitting home in our rockers because he doesn’t want to deal with the crowds!

If you will be using a dark, non-stick pan for this recipe, preheat the oven to 300°F, and follow the baking instructions. 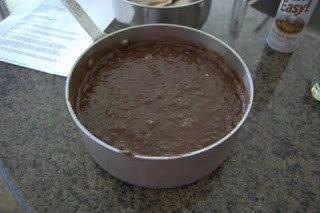 If a root beer cake isn’t your thing, try my illustrious easy crepe recipe. Then, put a filling in them or eat them plain. Either way, they’re darn good. 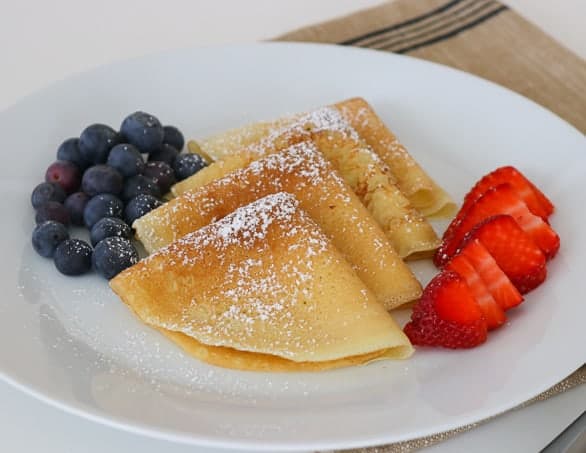 Whether it’s a favorite holiday, a weekend potluck, or family get-together, this strawberry cheesecake dream bars
recipe knows how to satisfy someone.
Since we were going to the baseball game, I didn’t have time to personally frost it, so I gave that job to my eldest, and I think she did a wonderful job, considering she has never frosted a cake! Way to go, girl! This cake was absolutely delicious! It was definitely a different flavor that I really, really liked. The first taste is chocolaty, but then the aftertaste is definitely root beer. It is so rich that you cannot eat it without the ice cream because it gives it a nice balance I couldn’t even finish my piece. Ok, I ate most of it and only left a few bites.
I rate everything that I bake on a scale of 1-4 with 4 being the best. This root beer float cake earned 3½ rolling pins. Root beer, ice cream, and cake. Can it get any better?
171shares