Seeing how it’s National Cupcake Day and I don’t have an oven to bake any cupcakes in, I thought I’d have a review of some of the cupcakes we’ve had here on 365.

Who thinks of these “National Whatever Days” anyway?
Did you know if you go here, you can see the complete list of national food holidays?
Pretty crazy that every single day of the year has some kind of food attached to it and most months are national food months, too. Whoops, there are some days missing. Guess they couldn’t come up with enough to fill the whole year.
For example, on  November 12, it’s National Pizza with the Works Except Anchovies Day. Obviously, the person who made up the list wasn’t a fan of the wee little fish. Or maybe they were kind enough to give them a day of their own. I haven’t gone through the whole list.
Then on June 13, it’s Kitchen Klutzes of America Day. I haven’t “fallen” into that category yet.

And are there kitchen klutzes in other countries or is it that we Americans are the klutziest?
Don’t answer that.

But somebody screwed up because two days of the year it’s National Indian Pudding Day.
Yikes!
The Indian Pudding I made only earned 1 rolling pin and was deemed inedible by the family.
It deserves two days, really?
And on Sunday, December 18 it’s National Roast Suckling Pig Day which is good because since I don’t have an oven we can just set up a spit and everything in the backyard before I take my kids to a sports bar to watch the non-televised Patriots/Broncos game.
I’m kidding.
About the spit, not about taking the kids to the bar to watch the game.
Ok, no, we aren’t going to a bar. We’ll go to a restaurant that has the game on tv and hopefully some good wings.
No suckling pig on Sunday. Sorry. Just. Can’t. Do. It.

OK, now I’m starting to ramble.
On to the cupcakes.
Please understand that some of these are not the greatest cupcakes ever to be baked, but I wanted to show them to you anyway.
Going through the Recipe Index, you’ll see that I have FAR more cookie recipes than cupcakes.
Heck, I think I even have more chicken recipes, too.
I’ll definitely be making some more cupcakes. I’ve got some ideas a brewin’ in this little ol’ head o’ mine.

That is, after the oven is fixed. I still don’t know what’s wrong with it. I got busy doing other things, like cleaning the house and then exhausted myself and didn’t call GE.
Tomorrow, in between the Christmas shopping, I’ll do it.
I think I’m putting it off because I don’t want to know how much it’s going to cost us.
Jessica from How Sweet It Is said she had the same thing happen to her this past Spring and fortunately it was only the heating element.
Funny, the same thing happened with my GE dryer a year or so ago.
I guess with as much as I have used my oven this past year, something was bound to happen.
But couldn’t it have waited until like MARCH??!!
HELLLLOOOOO??!!

1. Birthday Funfetti Cupcakes – out of all of them, these have been the best. And they were so colorful and fun for my birthday! 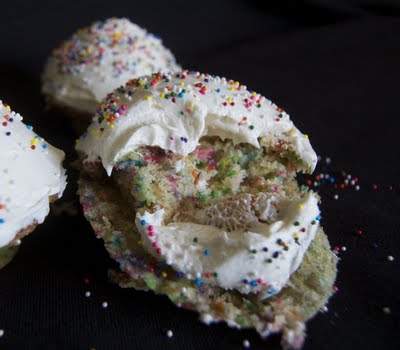 2. Strawberry Lemonade Cupcakes – I know this isn’t the time of year for these, but it’s never too early to start thinking about SUMMER. Gotta plan ahead ya know. Actually, it’s perfect for all of you people in Australia! 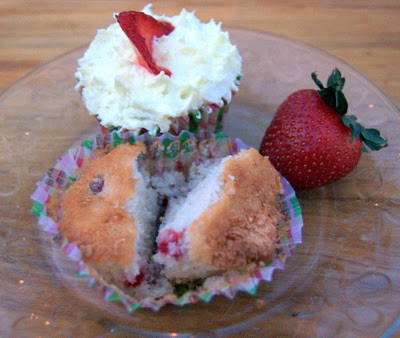 3. It’s the Crappy Cupcakes!! Ok, they’re aka Apple Crumb Cupcakes with Caramel Buttercream Frosting. The night I made these, I was told I was “No Sweet Genius”. 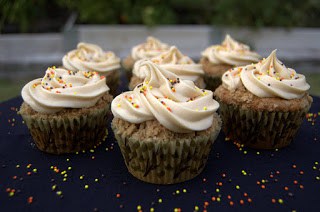 4. Cinnamon French Toast Cupcakes with Maple Buttercream Frosting. The crumbled bacon on top was a great addition, but the frosting was WAYYYYY too sweet, at least for moi anyway. 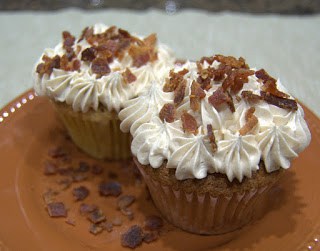 5. Here we have the Nutella Zucchini Cupcakes. Wonderfully moist and the indulgence of chocolate without the guilt because you’re eating your veggies at the same time! 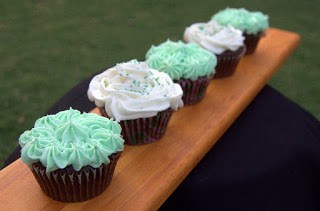 I’ll give you an update on the oven tomorrow.
I hope you have a most marvelous Friday!!