How Water Sponge Cake – a sponge cake made with hot water and baking powder, giving it a light and airy texture and covered with an easy and quick caramel frosting. 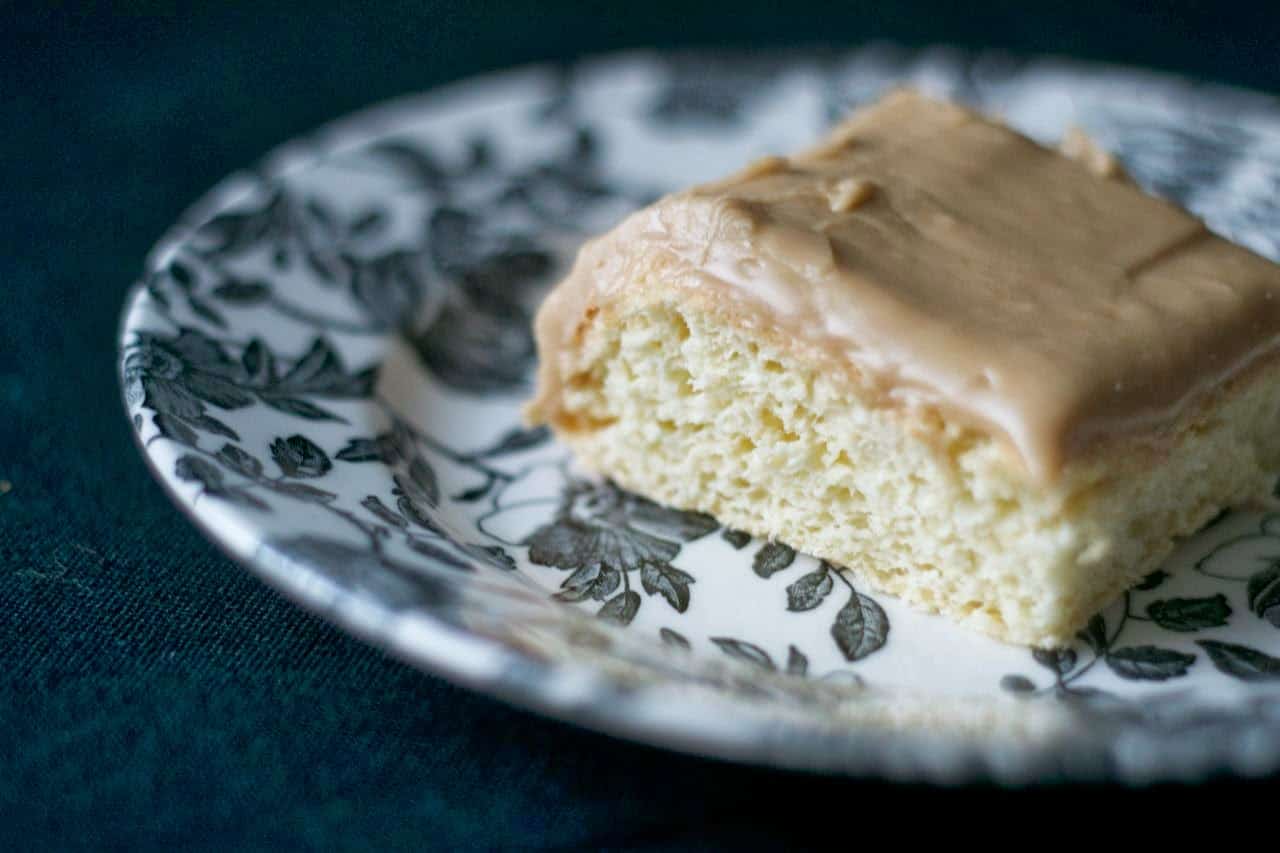 Which means tomorrow, Friday, will be one week into this 365 Days of Baking.
It’s going pretty quickly.
I mean, I’ve been baking and posting for almost 7 days straight.
And I’m feeling that it’s sort of consuming me.
I’ve become obsessed and my life has now begun to revolve around what I’m baking for the day and if I can organize my day with enough time to not only finish my recipe and have it baked, but also to have enough daylight with which to take adequate pictures.
My family called me on it today. 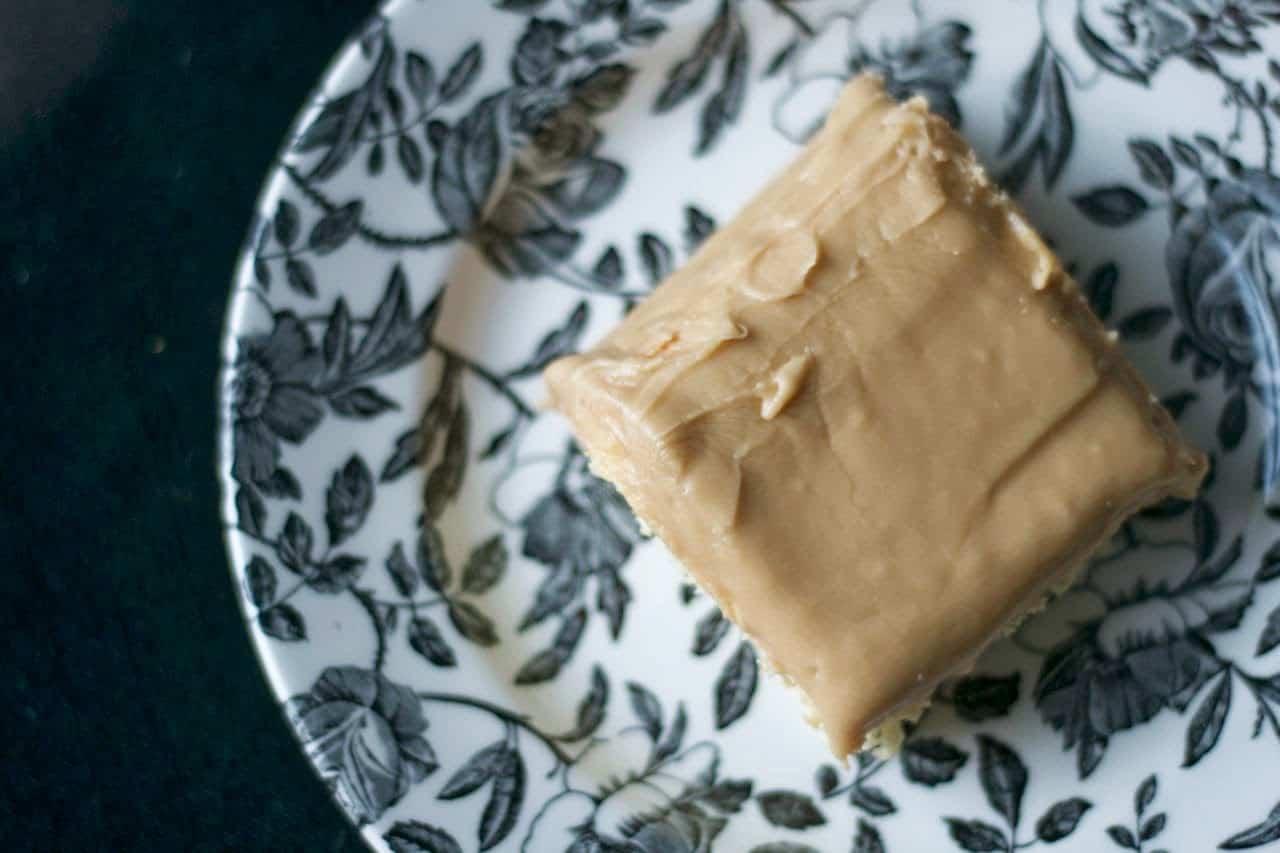 It was brought to my attention, so now it’s just time to take a step back and prioritize some things early in the game before I get too sucked in. 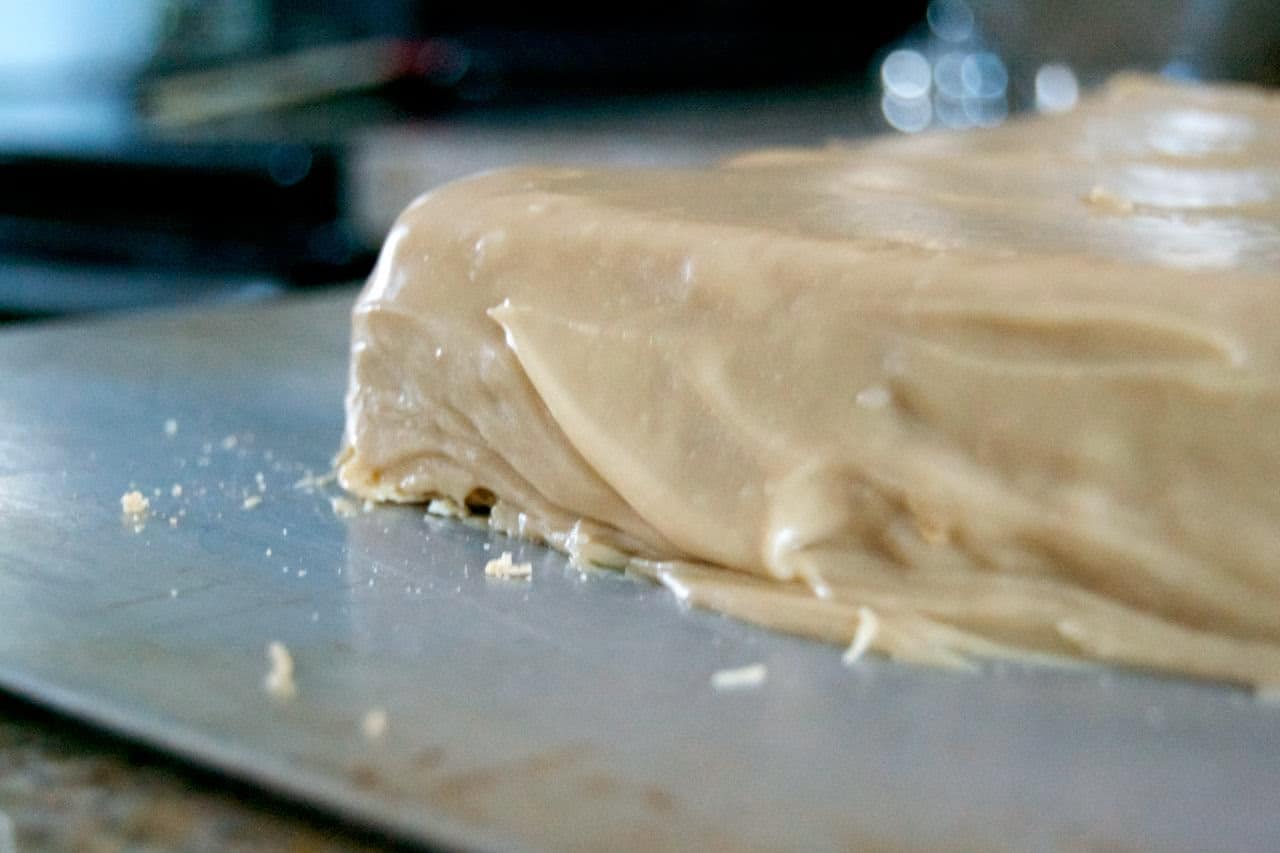 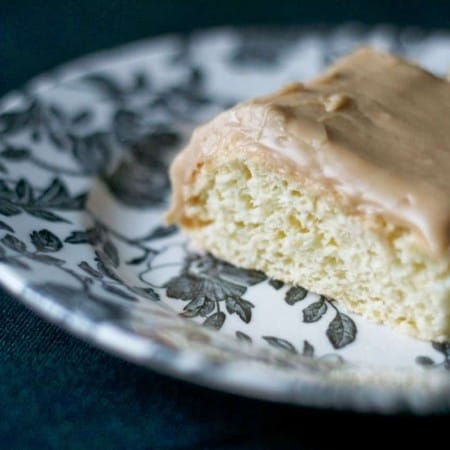 
Print
Pin
Rate
Save Saved!
A sponge cake made with hot water and baking powder, giving it a light and airy texture.
Prevent your screen from going dark

I rate everything I make on a scale of 1-4 and this Hot Water Sponge Cake with Quick Caramel Frosting earned 3 rolling pins.
I liked it much better without the frosting, as did some of the family.
We thought it was too sweet.
The cake was quite good and reminded me of a great Angel Food cake.
And it really did look like a sponge.
I also don’t think I folded the egg whites into the yolks enough though I thought I had.
The cake wasn’t evenly level as you can see and there were some spots when you bit into the cake where all you could taste / see were egg whites. So, fold them in completely. 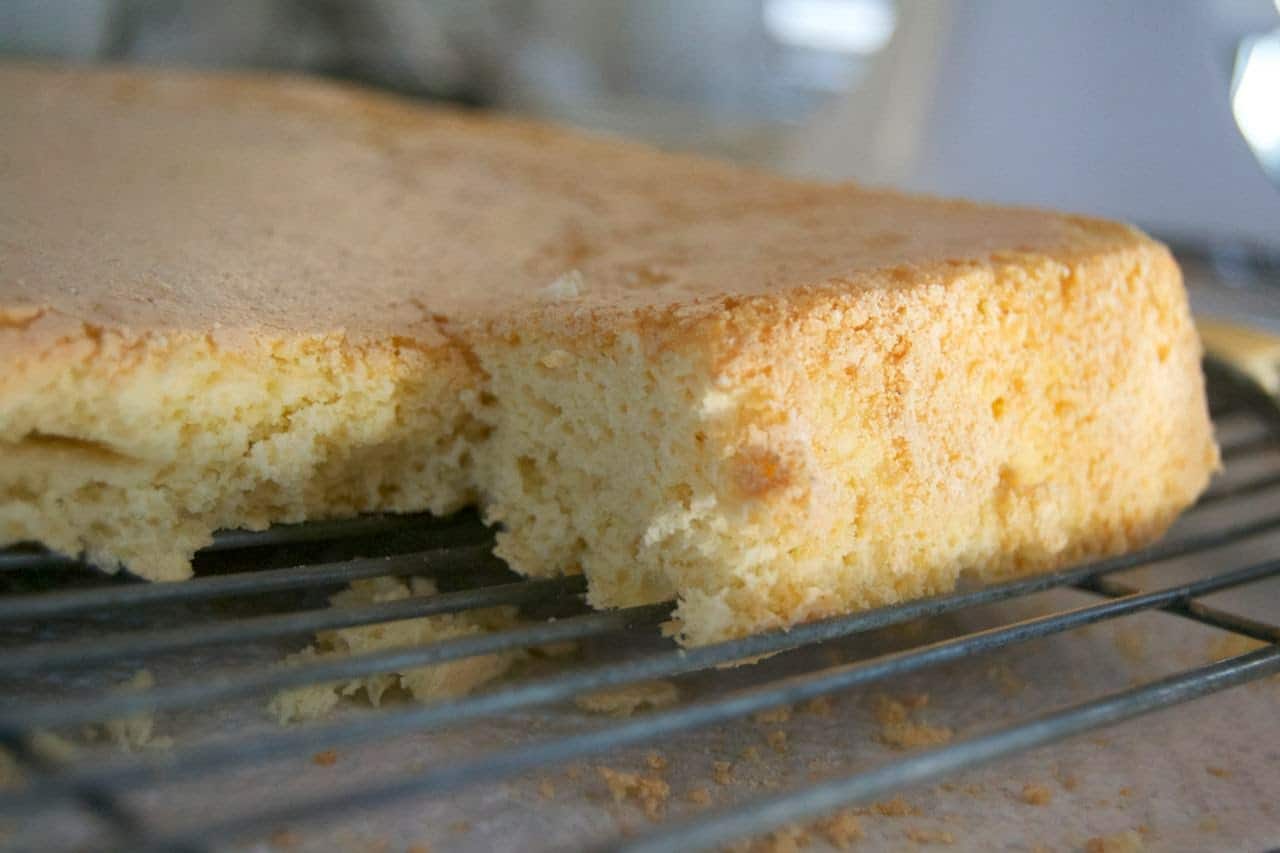 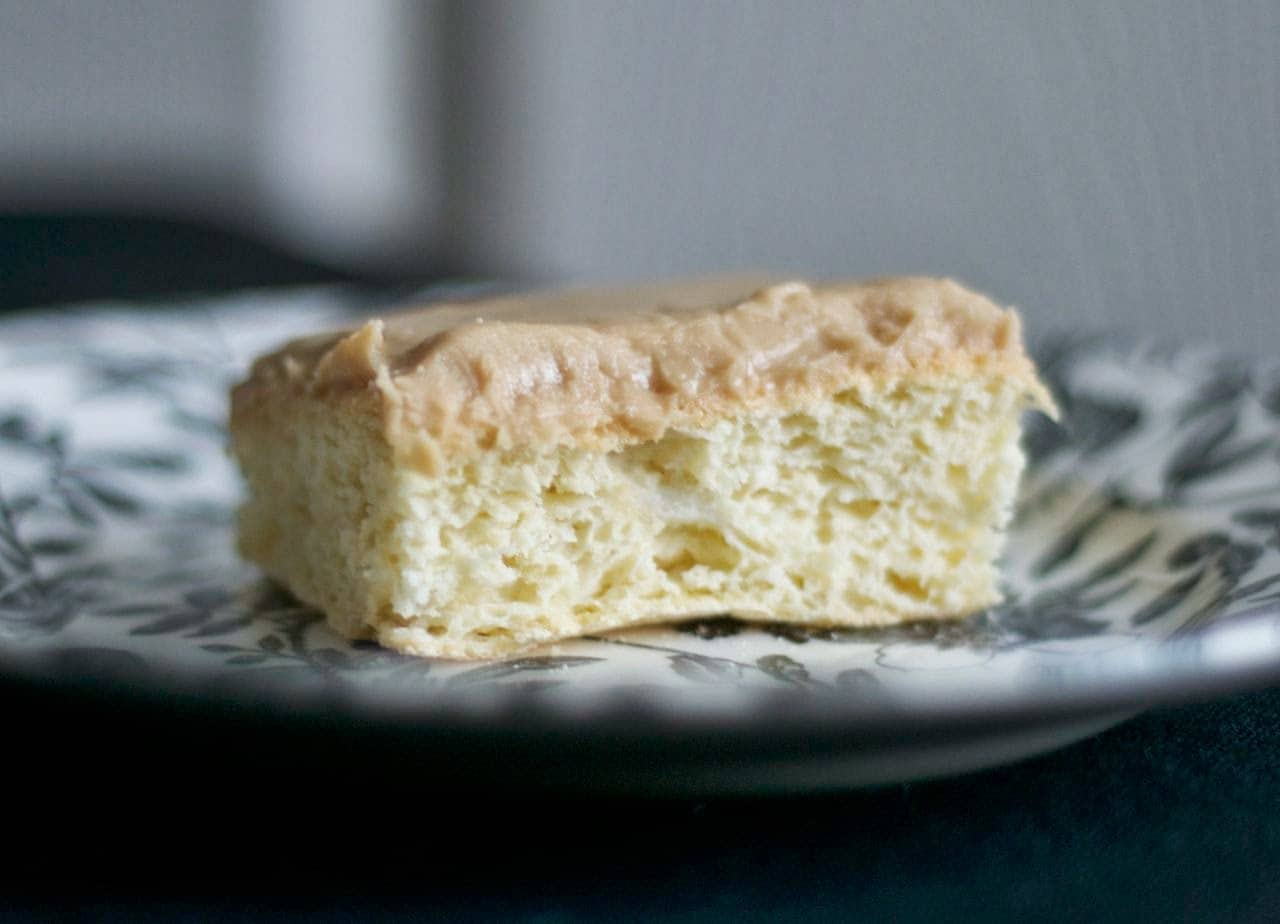 The frosting was ok. It was just too sweet and I didn’t like the texture of the confectioners’ sugar in it.
So, not a complete baking fail, just another day in the kitchen.
The cookbook says it’s an easy sponge cake for those new to baking and yes, it is quite good. Just remember folding in those egg whites for those of you who want to make this one. It really is easy.
Oh well, c’est la vie!

There’s your French lesson for the day. haha
On to Day 7!
Thanks for following and for your support!
It’s greatly appreciated!!
Video will be up tomorrow. We were having some editing difficulties, but it happened. You’ll want to see my antics yet again.

TAKE A LOOK AT THESE VIDEOS FOR SOME GREAT CAKES…