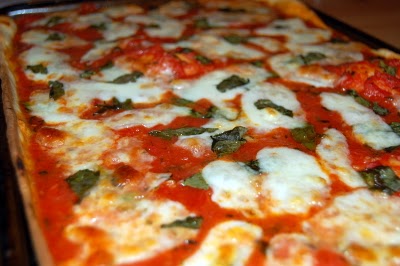 Something happened today that I wasn’t too happy about. I was running errands and at one point while I was driving I had a car behind me, a car coming up on my left side and the curb on the right. I saw him run into the road and thought he’d scoot across fast enough without any problem; this cute little prairie dog was far enough in front of me and I was going about 40-45 mph. The thing is, when I drove closer to him, the little bugger STOPPED right in my lane! I’m screaming at him, “MOVE, GO ON, MOVE, GO, GO, GO!” He just sat there. Why? Why does he run across one lane and then all of a sudden have to stop in mine?! Did he need to rest? He hadn’t run that far, or was he that out of shape? He’s just sitting there!!!! Is he committing prairie dog suicide? “Why don’t you MOVE???!!!!” I couldn’t swerve or slam on my brakes, I would’ve caused an accident. The bumps in the road were making noises under my tires and as I passed his “resting spot”, I could only hope that the noise I heard was another one of those bumps in the road. Yes, it was a bump, but as I looked in my rear view mirror, it was not the bump I had hoped it would be. May that little guy rest in peace. 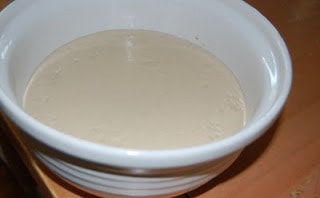 The dough before rising: 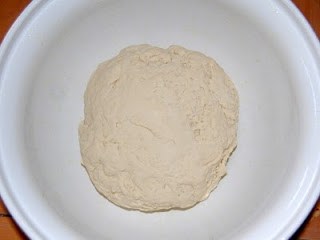 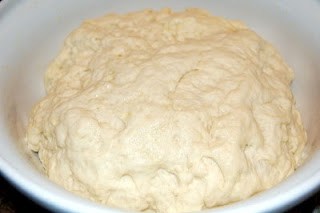 The sauce was delicious because it was made with fresh garlic, oregano and thyme. 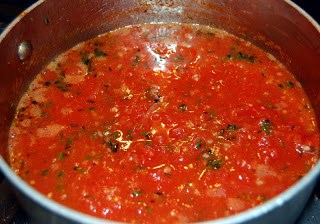 The recipe for the crust made enough to make another pizza another night, so I stuck it in the freezer. The only problem that I had making this pizza was the spreading of the pizza dough around the jelly roll sheet or cookie sheet, and I forgot to take a picture of it. I was becoming so darned frustrated! It said to cut the dough in half after it rises and then to “stretch” the dough so it is just bigger than the pan you’re using. Yeah, that was easier said than done. It kept wanting to spring back into its’ original form. I was getting so angry that I took out the rolling pin and started beating it on the counter. Ok, no. I wasn’t beating it. I just started rolling it into submission, rolling it very forcefully. I am the Alpha baker and I own the dough. It will obey me! I should’ve started yelling as I was rolling, “The power of Christ compels you, the power of Christ compels you!” Eventually, I rolled it into some sort of rectangular form and then placed it in the pan. It started to shrink away from the edges, so I pushed and prodded some more and began making small holes in the dough or it was either too thin in some spots and too thick in others. Finally, I just said what I do when I’m fixing my hair in the morning and it’s got a mind of its’ own, “Walk away, walk away, just walk away.” I’m glad I was the only one in the kitchen, my kids probably would’ve thought I was nuts. 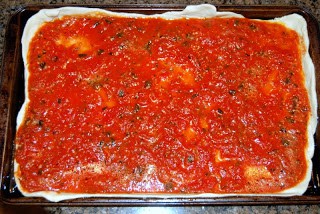 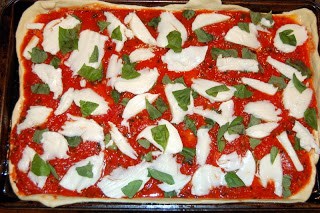 On a scale of 1-4 with 4 being the best, the rating of the Margherita Pizza:  3½ rolling pins.