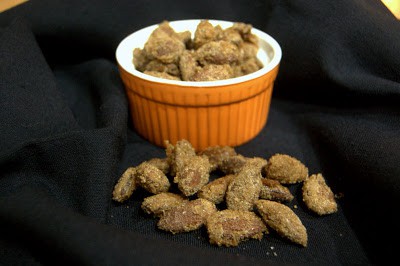 Are you ever able to take a moment out of your busy day to just sit for moment, or you don’t even have to sit, but to take a deep breath and to just be grateful for the world around you and the moment that you’re in?
You don’t even need to be outside or one with nature to do it.
Mr. 365 and I were out today which reminded me of it, to stop and smell the roses, so to speak. Though where we went there were no roses, just lots of cacti and bushes I couldn’t identify.
And I know if you’re super busy or if there are things in your life that you’re struggling with that it can be difficult, if not darn near impossible to do that.
Believe me, I’ve been there.
And there are days at this point in my life where I still struggle.
Like at this very moment, when my 14 year old son is sitting here at the kitchen table with me while I type this post. He’s supposed to be doing his homework, but like all of a sudden he’s talking up a storm, then panting like a dog, doing hand movements to the music, making weird noises with his mouth, and now I just catch him making funny faces at me through the hand he has up to his face!
Ugh!!!
Even in moments like this, I can appreciate his humor.
Although now I’m starting to become a little aggravated because with these interruptions, this post won’t be done until midnight!
Hmph. I just attempted to leave the room with my computer and he started apologizing profusely, saying that he’d stop and get his homework done.
Hmmmm…seems to be working. He’s now focused.
I can continue. Where was I?
Oh yeah.
It is so important to have “an attitude of gratitude” because it makes things that much easier when we do go through those struggles. I know doing this makes it easier for me to be more aware of the blessings in my life when difficulty comes, easing the burden even if it’s only slightly.
So today, Mr. 365 and I burned off a little bit more than 365 calories. I’d like to say it was 365,000 calories because it sure did feel like it, but I know it wasn’t nearly that much.
We hiked from our home, up and over a mountain in our community and back home. It took us three hours to complete it, and was a bit of a struggle at times, especially going up, but I was grateful that we did it. And Mr. said he thought we covered about 10 miles, figuring we were moving about 3 miles an hour.
Grateful for the time he and I were able to spend together, the exercise or rather major work-out I got, and for the beauty we were able to see. It was truly spectacular.
All of it.
Here are some pictures from the top of the mountain. 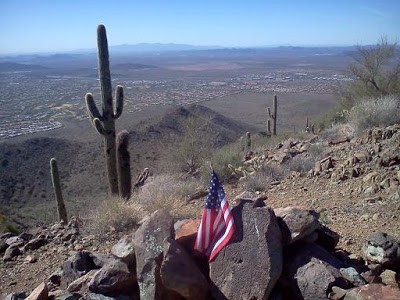 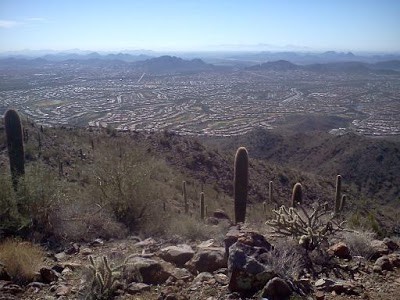 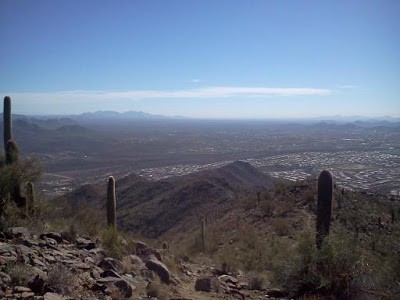 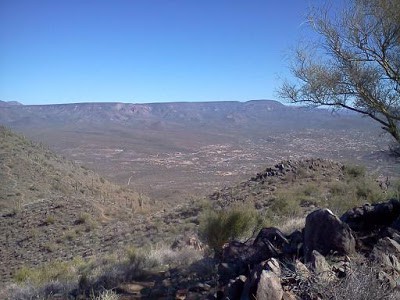 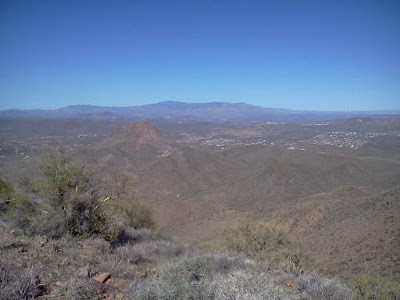 So, being as exhausted as I was and since my feet were killing me, I wanted to bake something easy and where I wasn’t going to be spending a lot of time on my feet in the kitchen.
I’ve had these almonds in the pantry and have been wanting to spice them up a bit as I had with the Baked Spiced Almonds on Day 244. Those were so delicious and were quite addicting.
The Baked Walnuts? Ick. Not so much.
I knew if I made these I didn’t want my egg whites to have stiff peaks. That to me, is just WRONG. I didn’t like the way that tasted on the walnuts at. ALL. Neither did anyone else for that matter.

Preheat oven to 300 degrees F. Prepare a baking sheet by lining it with parchment paper and spraying the parchment with cooking spray.
In a large bowl, whisk together the sugar, cinnamon, ginger and coriander; set aside.
In a separate medium bowl, mix together the egg white, water and salt. Place the almonds in the bowl, and toss, making sure they are completely coated. 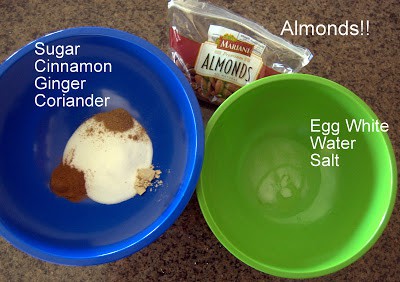 Place almonds in a strainer to drain for 4-5 minutes. 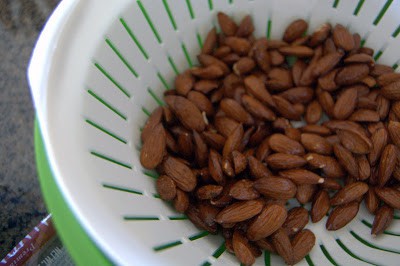 Pour almonds into the sugar mixture and toss to completely coat. 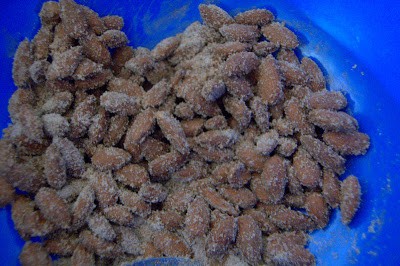 Place the almonds into a single layer on the prepared baking sheet. 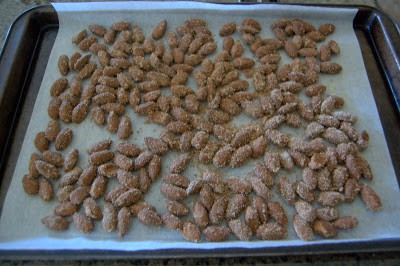 Bake for 20 minutes on the upper rack of the oven. After 20 minutes, move the tray to the middle rack and bake for an additional 20 minutes.
Transfer baking sheet to a wire rack for nuts to cool completely. 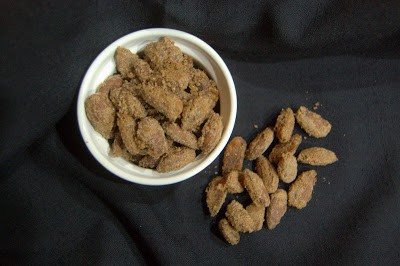 I rate everything I bake on a scale of 1-4 with 4 being the best and these Sweetly Spiced Almonds earned 3 rolling pins.
They would have been better if I hadn’t slightly burned them.
I cooked them according to the recipe, leaving them on the middle rack for the additional 20 minutes, but I’m thinking that it should have been for only 15. So, check them after 15 minutes when they’re on that middle rack to make sure that the bottoms haven’t browned too much.
There’s nothing worse than eating burned nuts, or almonds, rather.
Well, ok, there is, but remember, we need to be grateful for ALL things. 😉

I give you BIg baking hugs and muffins!!