Every Christmas, my mother would make a lot of this Scotch Shortbread for friends, but mostly for my grandfather because he absolutely loved it.

She was such a good daughter.
Even after his death she continued to make it for us and for others.
It was a staple every Christmas up until she passed away also.
I, however, was not much of a baker over the holidays until recent years and decided upon finding her recipe that I needed to change that.
I am so very glad that I have this recipe to hand down to my children should they choose to make it part of their holiday traditions, also.
Or maybe I’ll just keep making it for them myself.

Preheat oven to 300 degrees F.
In a small mixing bowl, whisk together flour, cinnamon, and pecans. 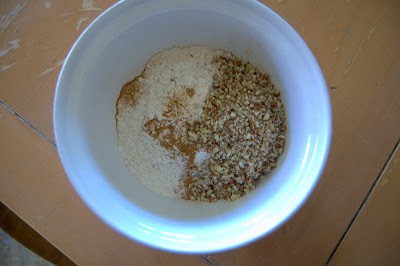 In a large bowl, place butter and sprinkle the sugar over it. Make sure the butter is relatively hard to start with since the heat of your hands will soften it as you work.
Mix the butter and the sugar together by rubbing the ingredients together in your hands and fingers until it is well blended. 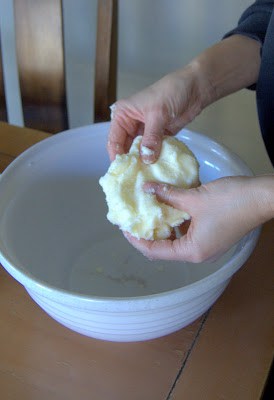 Gradually add the flour mixture, working that in also with your hands. 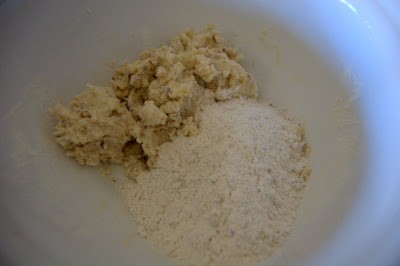 When all of the flour has been worked in, divide the dough in half and press into pans until dough is about 1/2 inch thick.
Crimp the edges slightly, and prick all over with a fork to prevent blistering. Mark off into squares, wedges, or fingers with a table knife so that after baking it can easily be broken.
(I forgot to mark it off before I baked it and when I cut it, some of it did break into smaller pieces. So, I strongly suggest marking it off.) 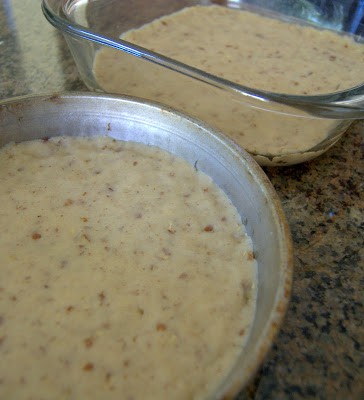 Bake for 50-60 minutes, until pale golden in color. 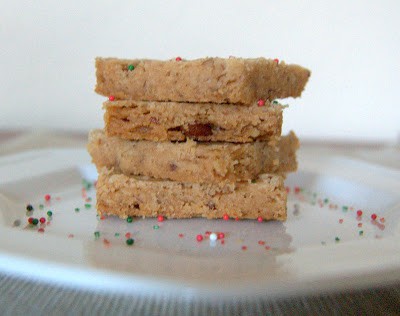 I rate everything I bake on a scale of 1-4 with 4 being the best and this Cinnamon Pecan Shortbread earned 3 rolling pins.
I think I baked it a little too long. It was more of a brownish than pale golden.
I liked the taste of the cinnamon and the nuttiness of the pecans.
I think my mother would have approved.
I hope you all enjoyed your weekend! I can’t believe how quickly it went!
I’m off tomorrow to gather ingredients for gingerbread houses. I need to start organizing and planning. I’m SO excited!!
Have a GREAT Monday!!
I give you all BIG baking hugs and muffins!!
8shares