It always amazes me that three different children raised in the same house by the same people can be so very different. I’m not saying that I’d like them to be the same because that would be boring, and I completely support their individuality and uniqueness. I’m just in awe that they are each so different. I think if I had had a brother or a sister I wouldn’t be so surprised. I often wonder what he or she might have been like and if we would have been close. The differences in my children are never so apparent as when it comes to their homework habits. One is laid back, and will procrastinate a little; another is ultra-organized and it seems like their work is finished before it is even assigned; the final child would much rather be doing other things and many times will procrastinate until the last possible moment. We’ve never had a problem with them completing things on time or had to have an “intervention” with them about their grades. More often than not they are harder on themselves than we are. Maybe it’s hereditary, too. I remember many a times procrastinating until the night before a due date, but really excelled under that pressure. I think part of this is my control issue, so mom will have to (something my mother always said just slammed, not popped, slammed into my head), “get over it.” Ouch! Hearing that brought back some not-so-nice visuals and auditory memories. Not where I was planning to go with this. Anyway, I know that as a parent, there are certain things that are beyond my control and I just need to take a step back and let nature take it’s course. I am here to guide and direct and ultimately certain choices in their lives will be up to them. After all, isn’t that what parenting is all about, raising our children with love, giving them guidance in making the right choices to build their moral character, and supporting them no matter what the outcome of the choices they make? It certainly isn’t easy and would have been helpful had they come with a manual attached at birth. By far though, it is the most difficult thing I have ever had to do, and at the same time, the most rewarding. I wouldn’t change it for the world!

I remember my mom making these cookies quite a few times when I was little. I loved them then and still do. I don’t have her recipe, but was able to find one in my Better Homes and Gardens Cookbook (as seen here). I can’t print the recipe because I haven’t heard a response from the publisher yet as to whether I can reprint it, but I’m sure some of the cookbooks you have will have it listed. If not, I’m sure you can find it on the internet. 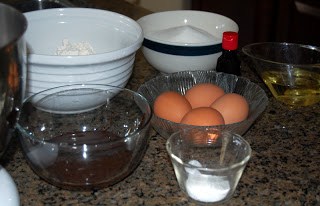 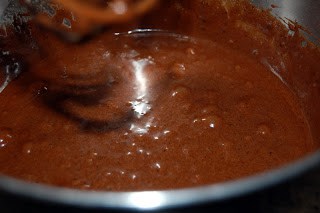 After mixing in the flour. 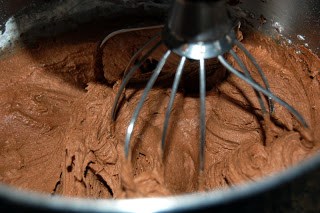 Ready for the oven after being rolled in confectioner’s sugar. 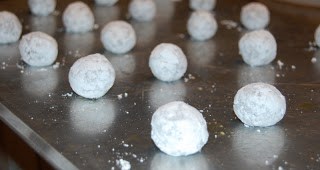 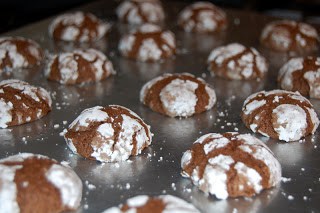 These were really yummy and the family really liked them! They were so good that one of my daughters said, “Thanks, mom, for making these. They’re really good!” I also sent some back to college with our oldest who was here for the weekend, so she could have a touch of home with her. Also, since Valentine’s Day is tomorrow we had to have some chocolate!
So, for the rolling pin rating on this one: 3½! They were very easy to make. Just make sure that the dough is chilled well enough before you start to shape them into balls because it becomes very sticky.
Happy baking!