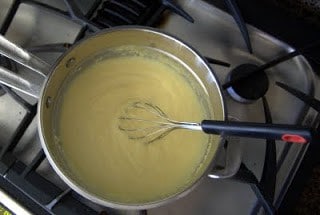 It’s FRIDAY!!
Well, maybe not where you are now, and actually it isn’t for most of the world, but we still have a few hours left here.
Any big plans for the weekend?
I’ll be doing some laundry, cleaning, attending a baseball game and oh yeah, baking. There is another zucchini in the garden calling my name, so I will be featuring that in tomorrow’s post.

Preheat the oven to 275ºF.
Heat 2 cups of the milk until very hot and pour it slowly over the cornmeal, stirring constantly.
Cook in a double broiler over simmering water for 10-15 minutes, until the cornmeal mixture is creamy. 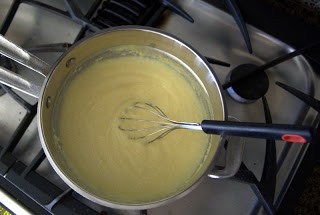 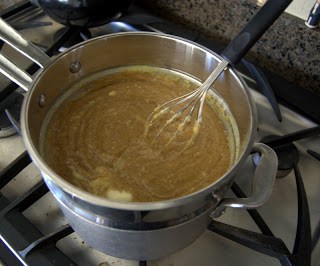 Spoon into a buttered 1½ quart baking dish, pour the remaining 2 cups of milk on the top. 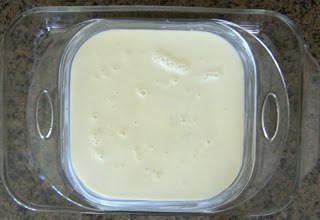 Set the baking dish into a pan of hot water, and bake for 2½-3 hours or until set. The pudding will become firmer as it cools. 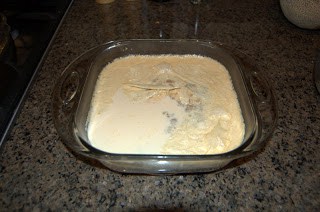 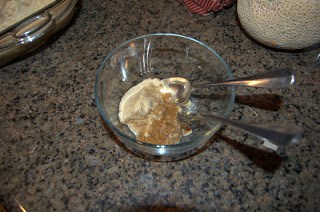 Ok, I REALLY don’t think you want to make this recipe. Save your time and ingredients and move on to another recipe.
It’s funny because 98% of the recipes from this cookbook have been either fantastic or something I would definitely consider making again.
Others, it’s like a step was left out and they’ve turned out SO badly.
Sorry folks, this one was just…
Well, let me put it this way.
My middle daughter and I tried it at the same time and couldn’t even eat it. Based on our reaction, my husband wouldn’t even taste it.
Our son, who was in another room at the time all this went down, came in 5 minutes later and was excited to see it sitting on the counter so he could have some. The three of us stayed quiet, watching tv as he put some into a bowl.
He took one bite, and…gagged.
It was quite hilarious, really.
You know, the sign for me was the milk on the top. As I poured it in, it just sat there. I was hoping that during baking (for 2½ hours!) that it would be absorbed.
The recipe never says to mix it, it just says to pour it on TOP.
I’m not a warm milk before bedtime fan anyway, so this REALLY turned me off.
When it came out of the oven after 3 hours, it was still very milky. It kind of tasted like gingerbread though, but that milk…
So now I really want a Wendy’s Frosty.
I rate things that I bake so that my readers will have an idea of whether or not it would be worth trying. I use a scale of 1-4 with 4 being the best.
My daughter said this Indian Pudding earned 0 rolling pins.
But since the scale doesn’t go that low, I have to give it a 1.
I take NO responsibility for anyone baking this recipe. If you attempt it, you do so at your own risk. My lawyers have been notified. 😉