Using fresh herbs in your cooking is wonderful and adds so much flavor to your food! Here’s a trick to remove the fresh leaves of rosemary and thyme from their stems. Because fresher is better! 😉 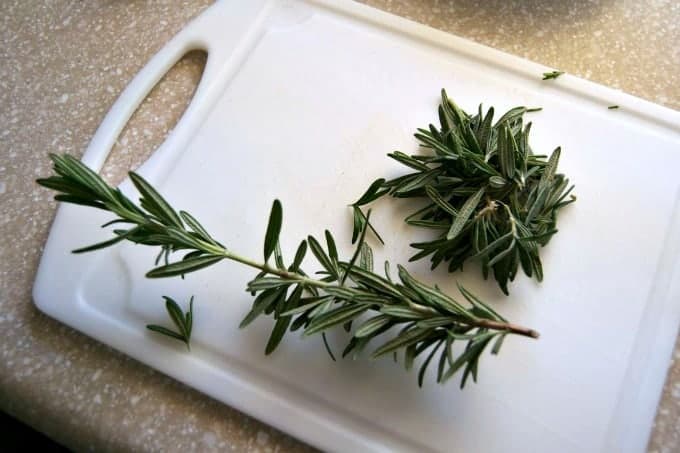 Do you use fresh herbs when you cook or even bake?
Do you find that it takes you twice as much time to remove the herb leaves off their stems as it does to actually make the recipe?
I HATE THAT!!

Um…I’m also thinking about the AMAZING root canal I’m having this morning at 8:30 am MST.
woo hoo

Yeah, well hopefully after that point I’ll be pain free and then I’ll be sportin’ a shiny new, but fake tooth! Then a few weeks or months down the road, I’ll have to get the one next to it done, too.

Merry Christmas. To. Me.
Sorry kids, mom had to have her old woman’s mouth fixed, so Santa won’t be coming this year.
Actually, maybe I could wrap up some fake teeth and give it to each of them to let them know that they are still very near and dear to my heart and that I was really thinking about them the whole time. Besides, it’s the thought that counts, right?

Anywho, once again I digress…

I still don’t know where that opening sentence was headed, so we’ll start a different one…

It wasn’t until a few years ago that I saw a video or Googled how to do it or read it somewhere that there was a much, and I do mean MUCH easier way of removing leaves thank by picking them off… 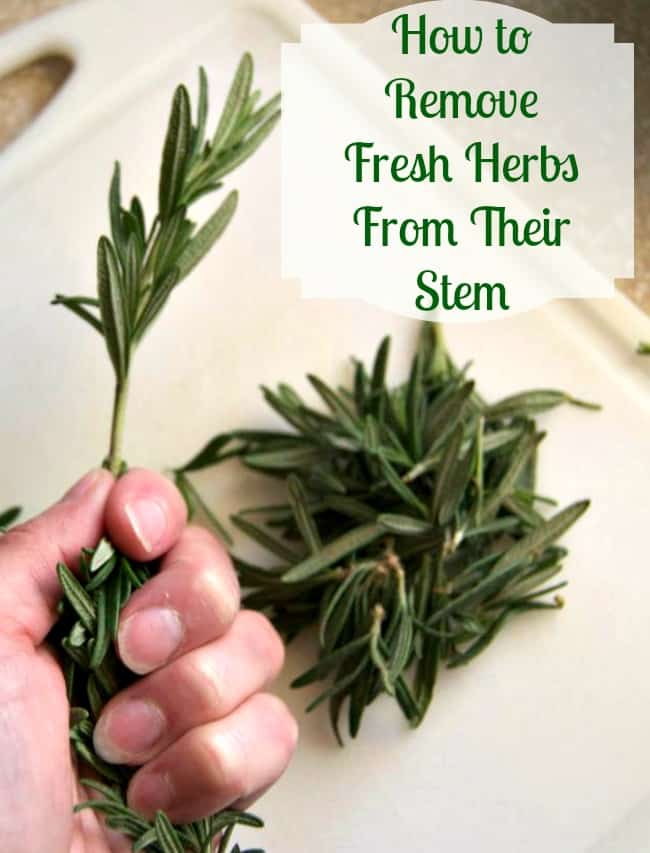 So, what do you do, you ask?
HOW, Lynne,  do you remove those leaves all at once or in bunches instead of one at a time????
I WANT TO KNOW!!!

Alright, so this was super difficult to demonstrate being home by myself and trying to take a picture.
It wasn’t happening and instead of dropping the rosemary or thyme, I darn near dropped the camera.
Not happening.

Ok, here we go… Let’s start with the rosemary. 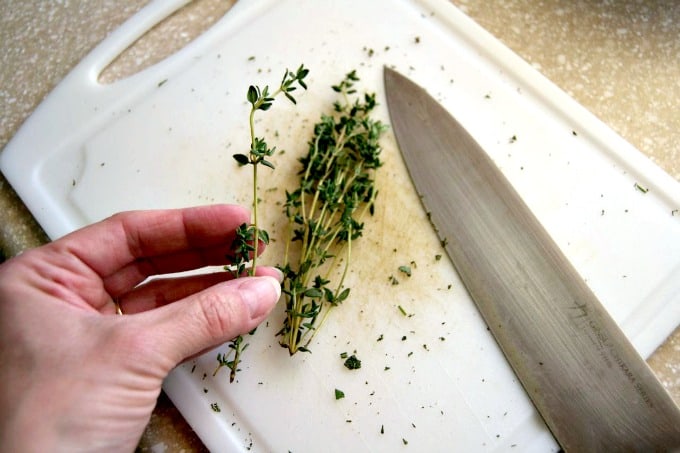 You will follow the same process with the thyme, but you’ll need to be a bit more gentle as the stem is not as sturdy as the rosemary.

I have to say that this tip has changed my life and has significantly decreased the time I spend plucking leaves in the kitchen.
Maybe you already knew about it, maybe you didn’t. I may have been late to the party, but maybe, just maybe there’s one of you I can touch with this post. *sniffle*
And it will save you time.

Time in the kitchen.

A lifetime of time.

And you might just be needing this little tip for the post I’m putting up tomorrow.
Just sayin’.