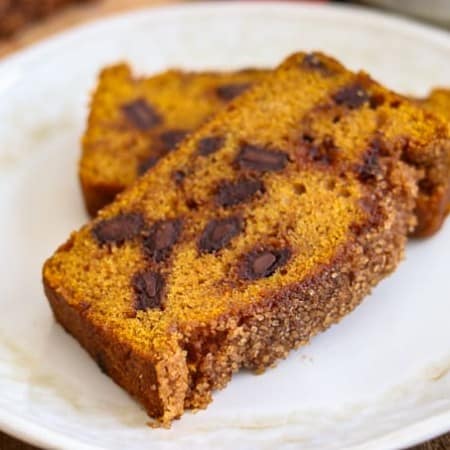 Course Breakfast
Cuisine American
Prep Time 20 minutes
Cook Time 50 minutes
Total Time 1 hour 10 minutes
Print
Pin
Save Saved!
9 slices
Fall is in the air with this Pumpkin Bread made even better with chunks of chocolate and a cinnamon sugar topping. Served with coffee, it's irresistible!
Prevent your screen from going dark