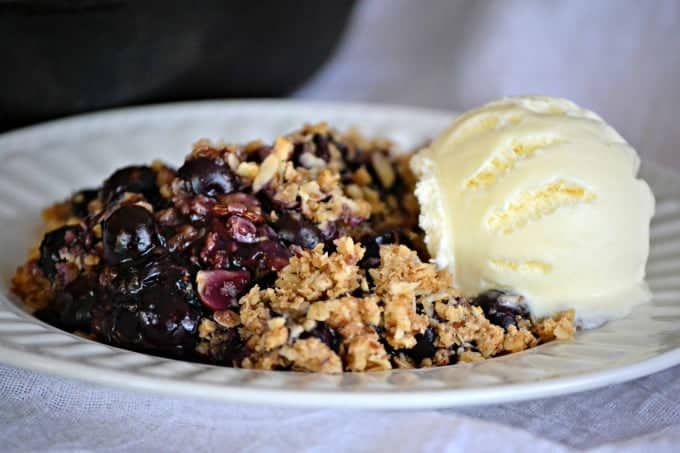 Skillet Blueberry Crisp – fresh blueberries baked with an almond oatmeal topping. Top it with a scoop of vanilla ice cream and it’s the perfect dessert, especially when blueberries are in season. 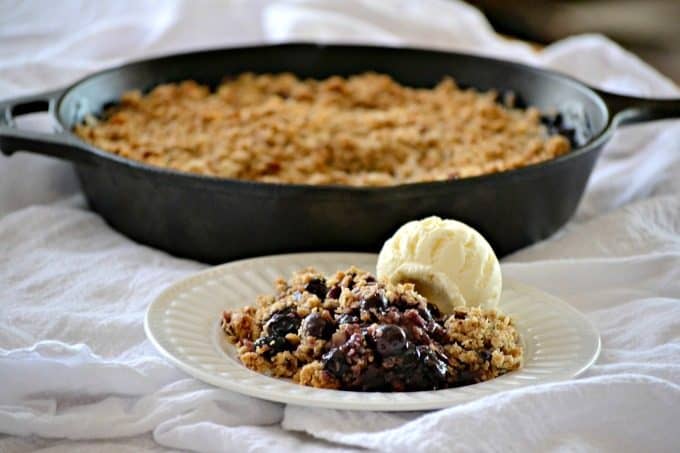 I took a nap yesterday.

I was so unbelievably tired. I don’t usually like to take naps because more often than not I wake up feeling more groggy and worse than I did before. But I took one anyway. 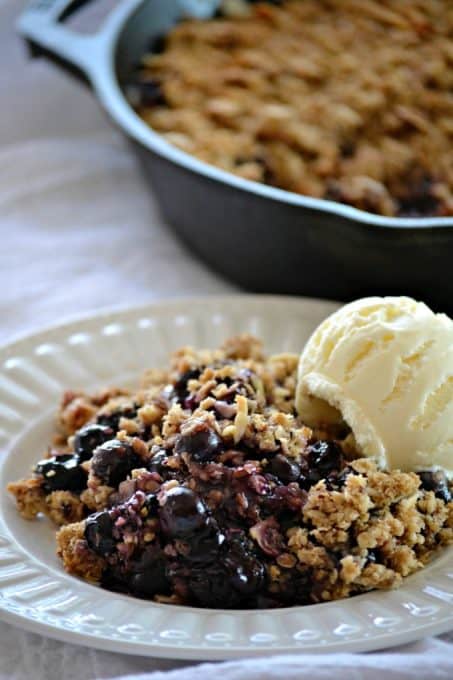 And maybe I shouldn’t have because I had some pretty weird dreams. The first one, I was driving in our car and the brakes gave out. I was able to slow the car down, but then the steering locked up and I couldn’t control it. Fortunately, I woke myself up before an accident happened.

Then I fell asleep again. 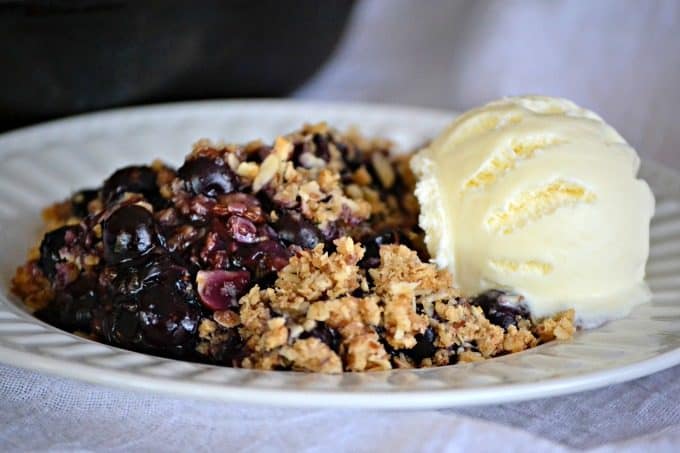 I woke up craving BLT’s with avocados because I’d been dreaming about them. And that’s weird only because I have never been one to eat avocados – don’t like the consistency. But I really wanted one on my BLT. So I had one. Made them for dinner and they were delish.
You should try them sometime!

SAVE THIS BLUEBERRY CRISP TO YOUR FAVORITE PINTEREST BOARD! 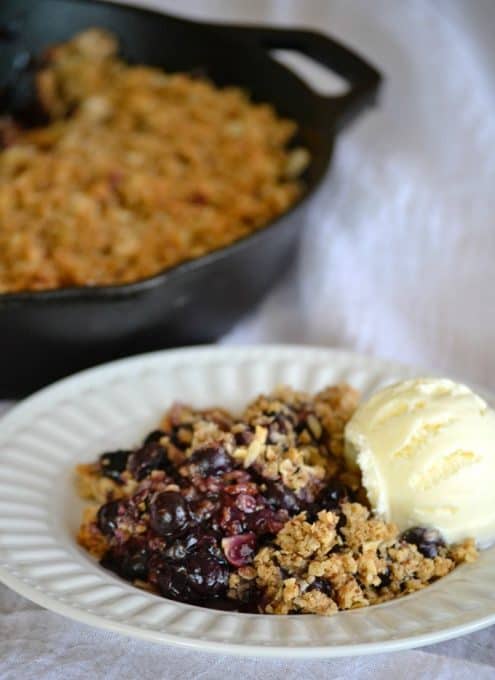 SIGN UP FOR THE 365 DAYS OF BAKING & MORE
WEEKLY NEWSLETTER! 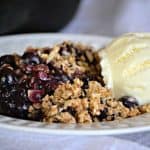 If you like this Skillet Blueberry Crisp, then you’ll love… 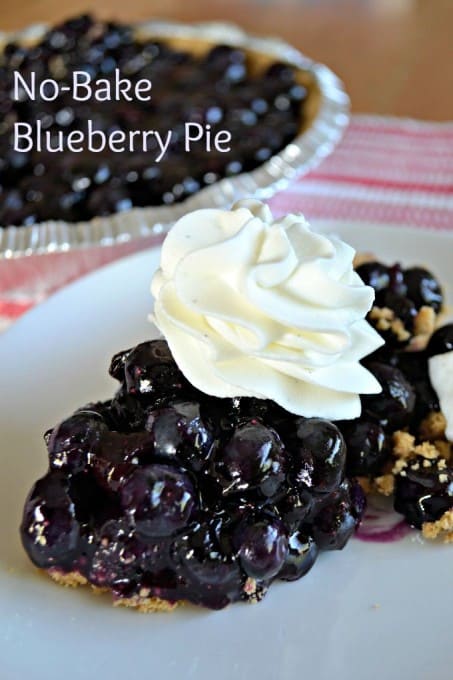 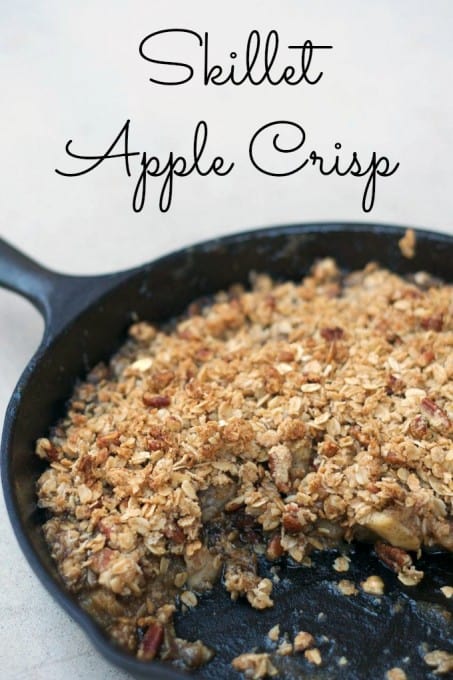